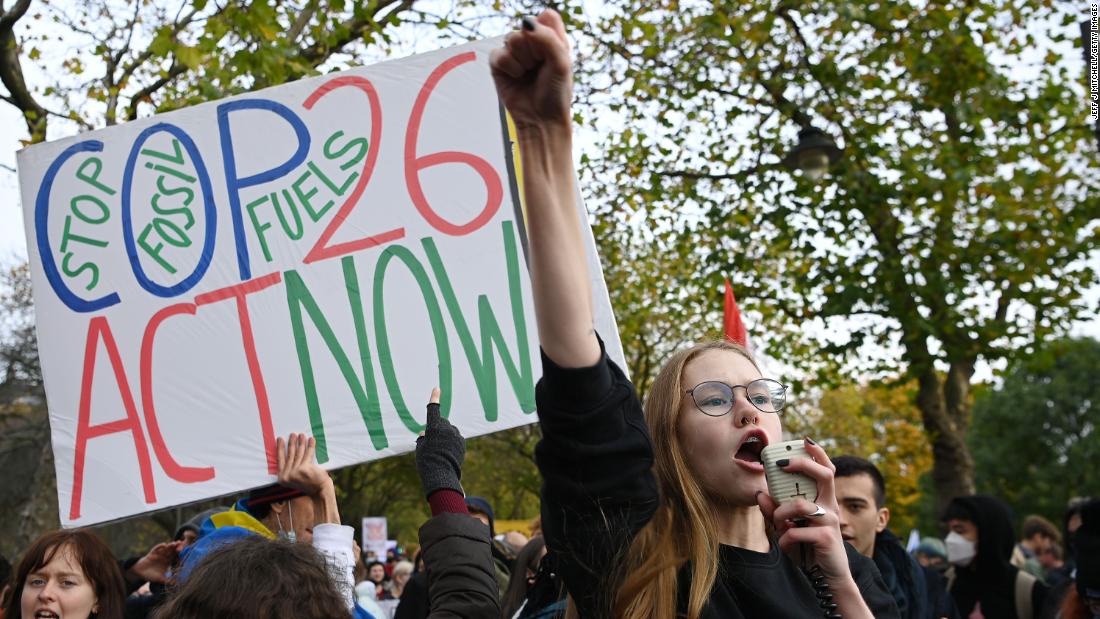 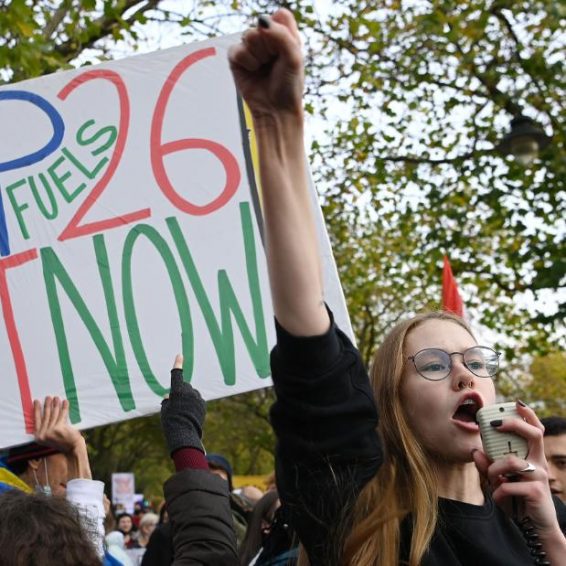 3 months ago·2 min read
ShareTweetPinShare
Home
World News
Young people call for fossil fuel non-proliferation treaty as delegates spar over coal, oil and gas
The content originally appeared on: CNN
The activists did not mince their words when they took over the stage at the Glasgow conference, pointing out the absurdity of the fact that the very mentioning of “fossil fuels” in the meeting’s agreement has become a sticking point. No COP agreement has ever mentioned fossil fuels as the main driver of the climate crisis.
For the first time ever, a draft text published on Wednesday asked governments to “accelerate the phasing-out of coal and subsidies for fossil fuels.” Several major fossil fuel producers, including Saudi Arabia, are resisting that language. Saudi officials have not responded to CNN’s request for comment. Many analysts are expecting it to be absent from the final agreement. Australia, the biggest coal exporter of all developed nations, has not responded to CNN’s request for comments.
“I am angry at the way this COP is not managing climate change as a crisis. We can’t even talk about fossil fuels in the final text. Polluters are more welcome than people and this is what we, as youth, will keep doing: fighting to phase-out fossil fuels,” Mitzi Jonelle Tan, Filipino climate justice activist, told the conference.
“I live in the Philippines, one of the most climate vulnerable countries in the world, and I am so sick of having to say that sentence over and over and over because I have to keep talking about my climate trauma and my climate anxiety, just so that we understand how urgent the climate crisis is. We have to get past that point. We have to go past the point of having to explain that the climate crisis is here.”
Read More
You can’t crop an entire continent out of the fight against climate crisis
The youth and the leaders of the Fridays for Future group have joined the already established Fossil Fuel Non-Proliferation Treaty Initiative, a network of civil society organizations pushing for a speedy and just phaseout of fossil fuels. Earlier this year, the group organized a letter urging world leaders to keep fossil fuels in the ground which was signed by the Dalai Lama and 100 other Nobel Prize winners.
In an open letter addressed to the world leaders, the youth said fossil fuels were “our generation’s weapons of mass destruction.” They asked for the end of expansion of any new oil, gas, and coal production and the phaseout of all existing production.
Announcing their support for the treaty and a list of demands for the world leaders, the young activists shared their anger and sadness about how the summit has gone.
“We’ve already seen how the biggest delegation in a UN climate summit is the fossil fuel lobbyists,” Tan said. “We are still not seeing how the fossil fuel industry is the root of a lot of the problems that we have.”
More than 100 fossil fuel companies are understood to have sent 500 lobbyists to the COP26 climate talks in Glasgow, Scotland, more than any single country at the summit, according to the environmental campaign group Global Witness.
The analysis found that the fossil fuel lobby had around two dozen more than the largest country delegation. They also outnumber the event’s official Indigenous constituency by around two to one, as well as the number of delegates from the eight-worst affected countries by climate change over the last two decades — Puerto Rico, Myanmar, Haiti, the Philippines, Mozambique, the Bahamas, Bangladesh and Pakistan.