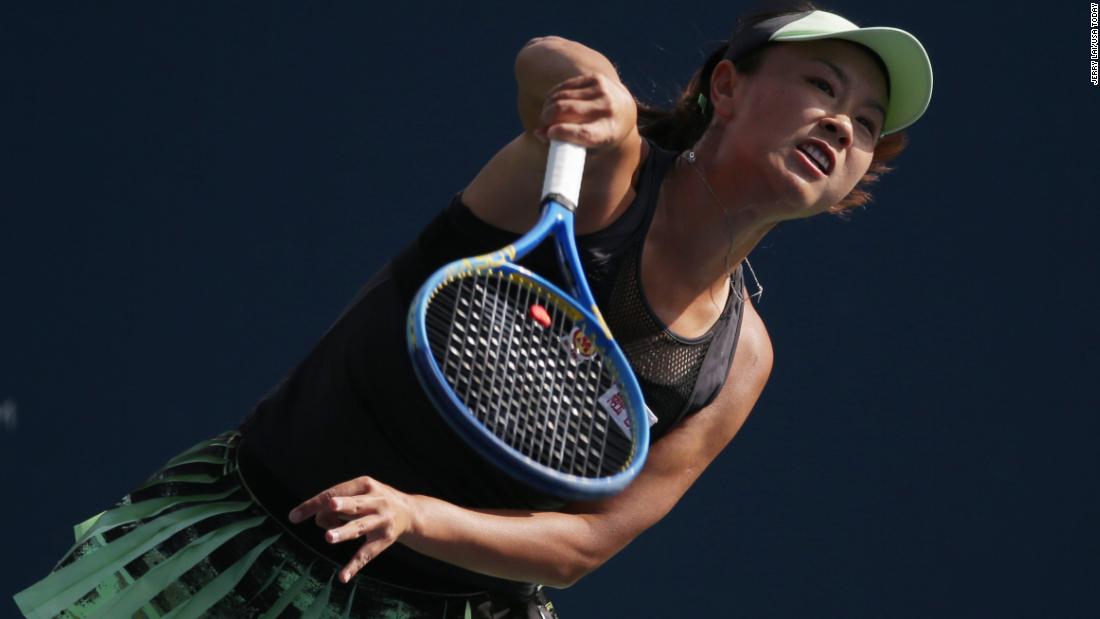 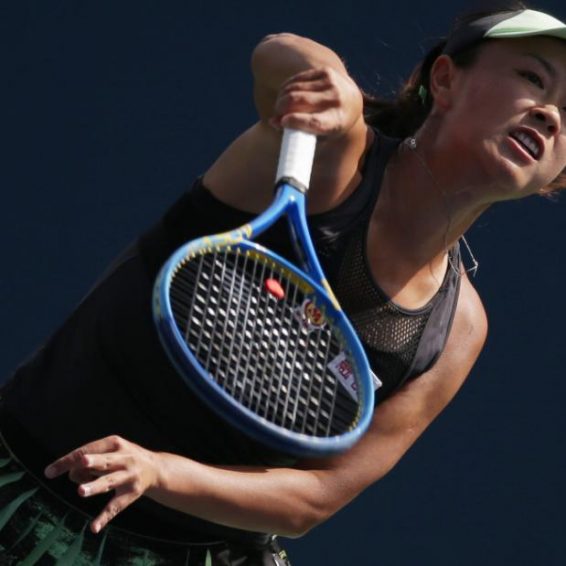 2 months ago·5 min read
ShareTweetPinShare
Home
World News
WTA chief: New video of Chinese tennis star Peng Shuai ‘insufficient’ to assure her safety
The content originally appeared on: CNN
Peng, who is one of China’s most recognizable sports stars, had accused former Vice Premier Zhang Gaoli of coercing her into sex at his home, according to screenshots of a since-deleted social media post dated November 2. But there has been no verifiable direct communication with Peng since that time — and international pressure has been building on China over her situation.
Simon on Saturday expressed relief at seeing Peng, but he said, “it remains unclear if she is free and able to make decisions and take actions on her own, without coercion or external interference.”
CNN has been unable to independently verify the videos or confirm when they were filmed.
“This video alone is insufficient. As I have stated from the beginning, I remain concerned about Peng Shuai’s health and safety and that the allegation of sexual assault is being censored and swept under the rug. I have been clear about what needs to happen and our relationship with China is at a crossroads,” Simon’s statement said.
Read More

What the clips show

Several people connected to Chinese state media and sport system have tweeted photos and videos they say show Peng out to dinner on Saturday. The clips appear to deliberately emphasize specific dates.
One of the video clips, only 45 seconds long, appears to show Peng sitting with China Open tournament co-director Zhang Junhui along with two women around a table in a restaurant in Beijing.
Throughout the video, Zhang is speaking to Peng, but she doesn’t say anything.
Analysis: Women’s tennis is challenging the Chinese government — and it shows no sign of backing down
At some point, according to CNN translation, Zhang said, “Yes, this year is different from last year, because of the pandemic. Originally, we planned to have 10 tours in three months, isn’t tomorrow November 20? We have long planned… “
But one of the two women quickly corrected him, saying, “21st.”
“Oh, November 21, tomorrow is November 21, we will have the final game at Zuanshi,” Zhang continued.
“We had larger-scale games before, but because of the pandemic, two tours have been affected. So it’s estimated there will be fewer players, but the kids are still very enthusiastic,” Zhang added.
“So the players in tomorrow’s game are the champions during the past nine tours in the past three months. You can see it’s Sunday, at the end of November, so it’s like a year-end final,” Zhang said in the video.
Another man, under the name Ding Li, also tweeted the same video and several new photos of Peng with him and others. He wrote, “Peng Shuai is with me. We’re at this restaurant in Beijing that’s gone viral online, just finished dinner.”
In his tweet, Ding claims the dinner is at Beijing Yibin Guesthouse. The name of the restaurant matches what’s shown in this video posted by Hu Xijin, editor-in-chief of state-run tabloid Global Times.
On Sunday, members of Chinese state media released more videos on social media purporting to show Peng at a tennis event for teenagers in Beijing. Throughout the videos Peng says very little but is seen smiling. CNN cannot independently verify the two video clips or confirm when they were filmed.

Beijing is facing growing worldwide pressure over Peng’s whereabouts, including from the United Nations, the United States government, and the world’s biggest tennis stars. The UN Human Rights Office has called for an investigation into her allegations of sexual assault.
In a letter Friday, Simon called on China’s ambassador to the US to prove Peng is safe and investigate her accusations of sexual assault.
A spokesperson from the United Kingdom’s Foreign Office said China should “urgently provide verifiable evidence of her safety and whereabouts,” according to Britain’s Press Association. That statement came after new video emerged Saturday purporting to show Peng, but before Sunday’s clips.
Opinion: What Peng Shuai’s disappearance means for upcoming Beijing Olympics
Amid the global outcry, Chinese state media’s Twitter accounts, with Hu’s being among the most active, have been increasingly posting anonymously sourced information about the tennis star, ostensibly aimed at quelling the controversy without acknowledging her claim against Zhang.
Chinese state media organizations such as the Global Times are strictly controlled by China’s propaganda authorities. Their tweets about Peng are not reported inside China, which has long banned Twitter and other international social media platforms.
Peng’s post about the alleged sexual assault posted on Weibo, China’s Twitter-like platform, was deleted within 30 minutes of publication, with Chinese censors moving swiftly to wipe out any mention of the accusation online. Her Weibo account, which has more than half a million followers, is still blocked from searchers on the platform.
Simon, the WTA chief, said on Friday he is willing to lose hundreds of millions of dollars worth of business in China if Peng is not fully accounted for and her allegations are not properly investigated.

Earlier in the week, Chinese state media released an email, purportedly sent to Simon from Peng, walking back her allegations and claiming she is fine.
The alleged email was released only on English-language platforms and domestic Chinese media have not reported on its contents, despite Peng being a household name in China.
When asked about the email, Simon questioned its veracity, describing it as a “staged statement of some type,” noting he had yet to receive a follow-up reply, despite responding immediately.
“Whether she was coerced into writing it, someone wrote it for her, we don’t know,” said Simon. “But at this point I don’t think there’s any validity in it and we won’t be comfortable until we have a chance to speak with her,” he added.
Later on Friday, CGTN journalist Shen Shiwei tweeted three photos he claimed Peng had posted on WeChat along with the message “happy weekend.”
Shen said the photos were shared by one of Peng’s friends. CNN could not independently verify when the photos were taken, whether Peng posted the photos herself, or whether they were posted at all.
In a Twitter post on Saturday, Hu, of the Global Times republished the photos of Peng.
“I confirmed through my own sources today that these photos are indeed Peng Shuai’s current state. In the past few days, she stayed in her own home freely and she didn’t want to be disturbed,” Hu tweeted. “She will show up in public and participate in some activities soon.”
Speaking at a press conference Thursday, Chinese Foreign Ministry spokesperson Zhao Lijian said Peng’s accusation is not a diplomatic issue and declined to comment further.