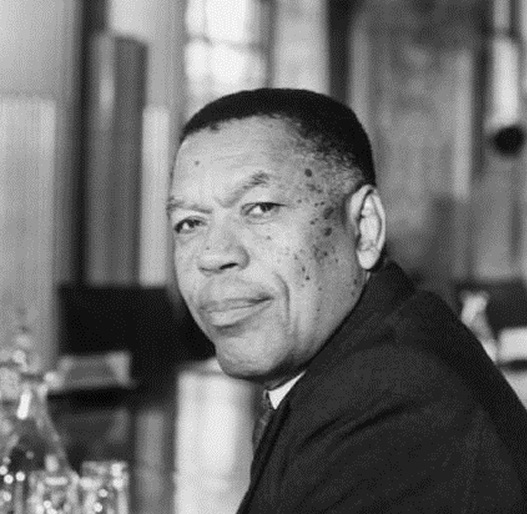 V.C. Bird and the Llamas. An Independence story of Barbudans

An American manager of Red Jacket Mines living in Barbuda where he mined sand, saw photos of Michael Jackson playing with one of his pets, a llama, and had a bright idea to raise and sell llamas to Stars and rich Americans.

Barbuda was ideal he thought as he was in with the government and had money sway with those Barbudans who mattered. So off he went to Peru, loaded up 500 llamas and alpacas in an old DC 3 and took off for Coolidge airport, Antigua.

Needless to say these good-natured high altitude animals did not fare well in the cramped bowels of a noisy aircraft bobbing up and down for several hours. Many died on the flight, and the rest were taken to a barge bound for Barbuda. The sea route was littered with many of the expired and expiring animals, no doubt from shock, difference in climate, altitude and sea level issues, and probably lack of proper diet. They were in for a rude awakening on arrival to the shores of Barbuda.

Barbudans had heard that the llamas were coming, and gathered in their numbers to the small jetty where the barge was pulling in. They were armed with every type of domestic weapon, from sticks to brooms, bottles and stone. They were as mad as hell, shouting to the barge and its occupants, “NOT IN BARBUDA!” “Go way wid you animals, NOT IN BARBUDA” a stalemate ensued for days, as the animals died, stank, starved; as the Barbudans resisted entry, and the news hit the world press.

Antigua became the target of all kinds of abuse by the animal lovers in the world, and the number of dead llamas rose in the hundreds, forcing the barge to return to Antigua where Customs was forced to deny entry as the quarantine for the llamas was built in Barbuda.

Again the boat of dead and dying llamas on the waters just off Antigua hit the international headlines, quoting our old Prime Minister V. C. Bird solution to the problem, “Throw them in the sea!” Of course that did not go down so well abroad, and pretty soon the call for a Tourism boycott started to spread to overseas offices and Tour Operators, and the President of the World Wildlife Federation was forced to write to the Government demanding answers.

By then a paltry two dozen or so llamas and alpacas had been dumped on a small island off Willikies, and some good Antigua grass tossed for their first real comfort since leaving Peru. But it was not over, for the President of the World Wild Life Federation announced his arrival in Antigua, and as Administrative Aide to the then Deputy Prime Minister I was asked to sit with him to brief him on the matter and set up his meetings.

The President of WWF was a very unassuming person, and as we sat at the old Barrymore Hotel and talked, I reminded him that we were a small developing island, and we had not yet advanced economically to share with pets, so really animals had to earn their pay, dogs were kept to keep out thieves and cats were to catch rats, and for the most part they had to fend for themselves. As I said, “We still chew-up the chicken bone, so the dog does not even get that.”

It was a cold and wet night, and the President of WWF and I were spent and clueless about what to do now most of the llamas were dead.

The UWI receives US$120,000 gift from one of its first medical graduates, Dr Michael Woo-Ming

He decided to leave on the first flight out in the morning. That was the end of that!