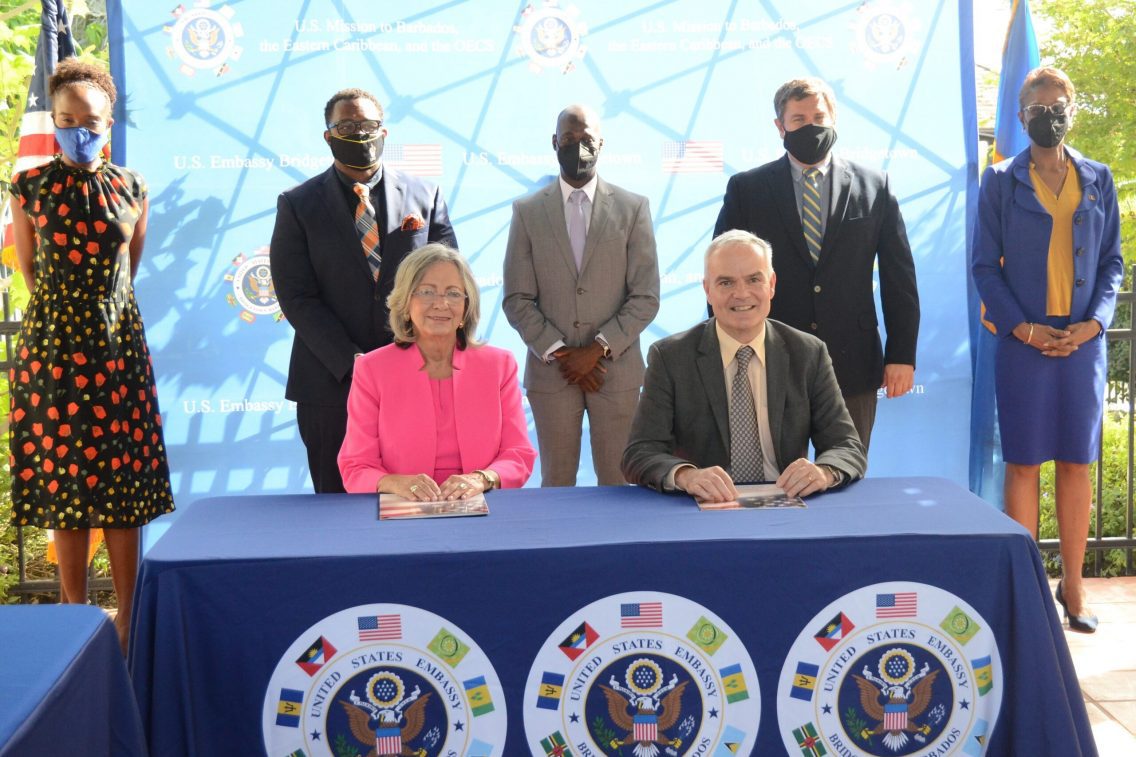 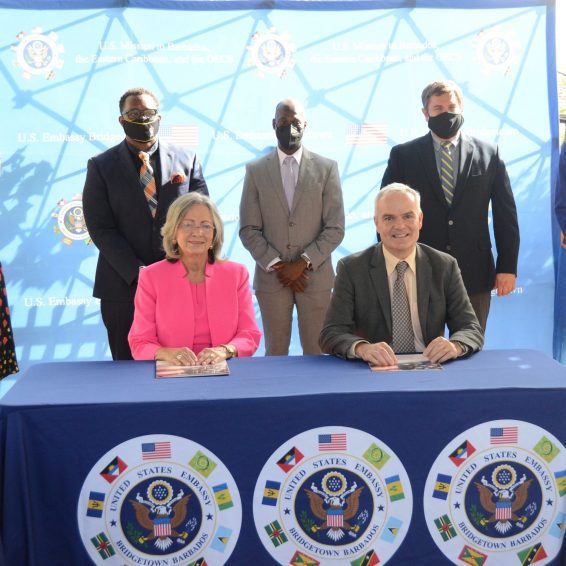 On November 23, the United States Embassy to Barbados and the Eastern Caribbean hosted a signing ceremony to mark the provision of grant funding to the University of the West Indies (UWI) Cave Hill Campus, which are geared towards supporting regional trade and investment.

UWI’s Shridath Ramphal Centre for International Trade Law, Policy, and Services was awarded US$50,000 to support programs focused on U.S.-Caribbean trade and investment, and the Sagicor Cave Hill School of Business was awarded approximately US$15,000 to develop micro, small, and medium-sized enterprises in the Caribbean.

The funding is part of an education initiative entitled Revitalizing the U.S – Caribbean Trade and Investment Agenda, which will bring the institutional collaboration between the United States Embassy and the University of the West Indies to a new level.

Speaking at the signing ceremony, United States Ambassador to Barbados, the Eastern Caribbean and the OECS, Linda Taglialatela, said “I can promise you that the U.S. Embassy will support you in holding the torch of knowledge high. It is with that light, and the freedom with which it illuminates, that we will be able to see new possibilities and seize upon them.”

Professor Landis said: “We our deeply appreciative of this demonstration of solidarity and I wish to give every assurance that we value highly the strengthening of these bonds between the U.S. government and the UWI Cave Hill campus.”