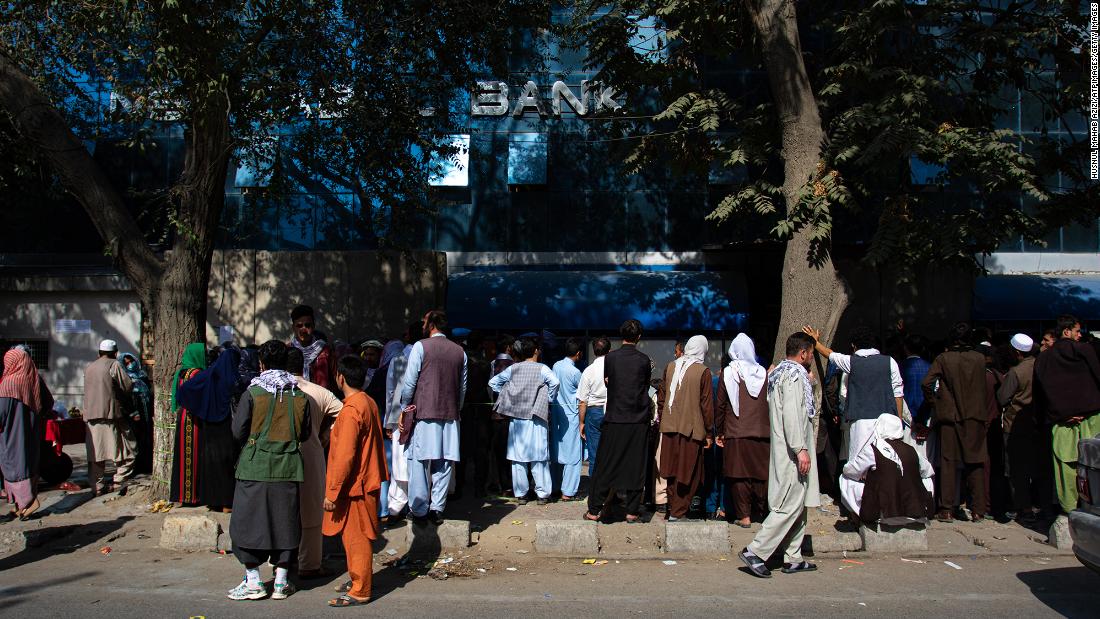 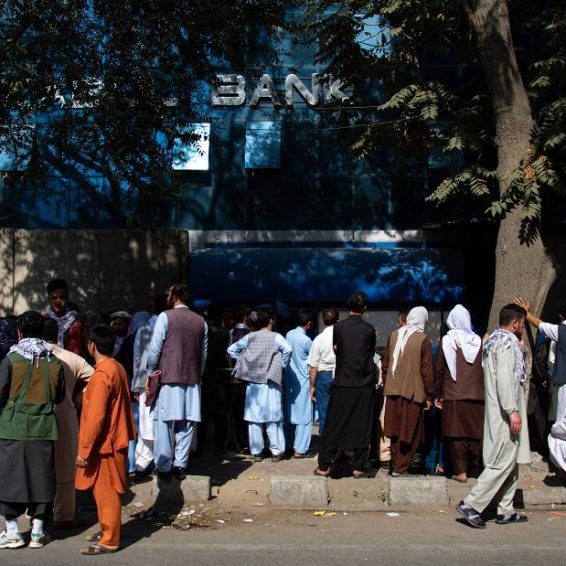 2 months ago·2 min read
ShareTweetPinShare
Home
World News
U.N. warns of ‘colossal’ collapse of Afghan banking system
The content originally appeared on: CNN
In a three-page report on Afghanistan’s banking and financial system seen by Reuters, the U.N. Development Programme (UNDP) said the economic cost of a banking system collapse – and consequent negative social impact – “would be colossal.”
World Bank halts financial support to Afghanistan, says it’s ‘deeply concerned’ for women
An abrupt withdrawal of most foreign development support after the Taliban seized power on Aug. 15 from Afghanistan’s Western-backed government has sent the economy into freefall, putting a severe strain on the banking system which set weekly withdrawal limits to stop a run on deposits.
“Afghanistan’s financial and bank payment systems are in disarray. The bank-run problem must be resolved quickly to improve Afghanistan’s limited production capacity and prevent the banking system from collapsing,” the UNDP report said.
Finding a way to avert a collapse is complicated by international and unilateral sanctions on Taliban leaders.
Read More
“We need to find a way to make sure that if we support the banking sector, we are not supporting Taliban,” Abdallah al Dardari, head of UNDP in Afghanistan, told Reuters.
“We are in such a dire situation that we need to think of all possible options and we have to think outside the box,” he said. “What used to be three months ago unthinkable has to become thinkable now.”
The Taliban face bleak economic times ahead, former Afghan central banker predicts
Afghanistan’s banking system was already vulnerable before the Taliban came to power. But since then development aid has dried up, billions of dollars in Afghan assets have been frozen abroad, and the United Nations and aid groups are now struggling to get enough cash into the country.

The UNDP’s proposals to save the banking system include a deposit insurance scheme, measures to ensure adequate liquidity for short- and medium-term needs, as well as credit guarantees and loan repayment delay options.
“Coordination with the International Financial Institutions, with their extensive experience of the Afghan financial system, would be critical to this process,” UNDP said in its report, referring to the World Bank and International Monetary Fund.
The United Nations has repeatedly warned since the Taliban took over that Afghanistan’s economy is on the brink of a collapse that would likely further fuel a refugee crisis. UNDP said that if the banking system fails, it could take decades to rebuild.
The UNDP report said that with current trends and withdrawal restrictions, about 40% of Afghanistan’s deposit base will be lost by the end of the year. It said banks have stopped extending new credit, and that non-performing loans had almost doubled to 57% in September from the end of 2020.
“If this rate continues of non-performing loans, the banks may not have a chance to survive in the next six months. And I am being optimistic,” al Dardari said.
The Taliban are sitting on $1 trillion worth of minerals the world desperately needs
Liquidity has also been a problem. Afghan banks heavily relied on physical shipments of U.S. dollars, which have stopped. When it comes to the local afghani currency, al Dardari said that while there is about $4 billion worth of afghanis in the economy, only about $500 million worth is in circulation.
“The rest is sitting under the mattress or under the pillow because people are afraid,” he said.
As the United Nations seeks to avert famine in Afghanistan, al Dardari also warned about the consequences of a banking collapse for trade finance.
“Afghanistan last year imported about $7 billion worth of goods and products and services, mostly foodstuff … If there is no trade finance the interruption is huge,” he said. “Without the banking system, none of this can happen.”