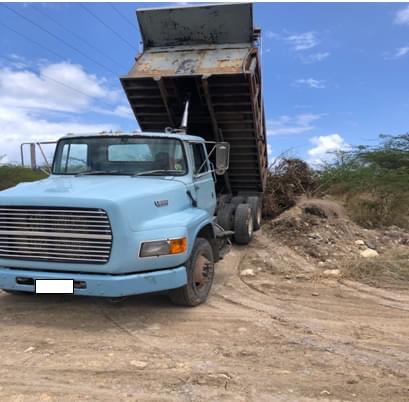 The fight against illegal dumping continues. The case of NSWMA vs. Franklyn Martin was called on October 12th , 2021 at the Magistrate Court. The charge of illegally dumping green waste in the Parham Community was filed against Mr. Martin after he was observed by an Officer of the Authority on Saturday, May 8th, 2021.

Mr. Martin caught the attention of the Officer when he was seen travelling from south to north on Jonas Road and the officer decided to follow him because:

Mr. Martin was followed to an area that is well known to be an illegal dumping site in Parham. He was observed backing into a nook where he proceeded to dump his waste onto the property.

The Parham police were called to the scene where a statement was taken from Mr. Martin. Mr. Martin’s case was heard in court, where he pleaded guilty to the offence of illegal dumping. As a result, he was ordered to pay $3000 XCD or face six months imprisonment.

The NSWMA is appealing to individuals to refrain from depositing waste in any area not meant for that purpose. The Cooks Sanitary Landfill and Civic Amenity Site accepts green waste and bulk waste at no cost to the individual.

For those wishing to report offenders please call or whatsapp our Litter Control and Prevention Hotline at 727-2467.