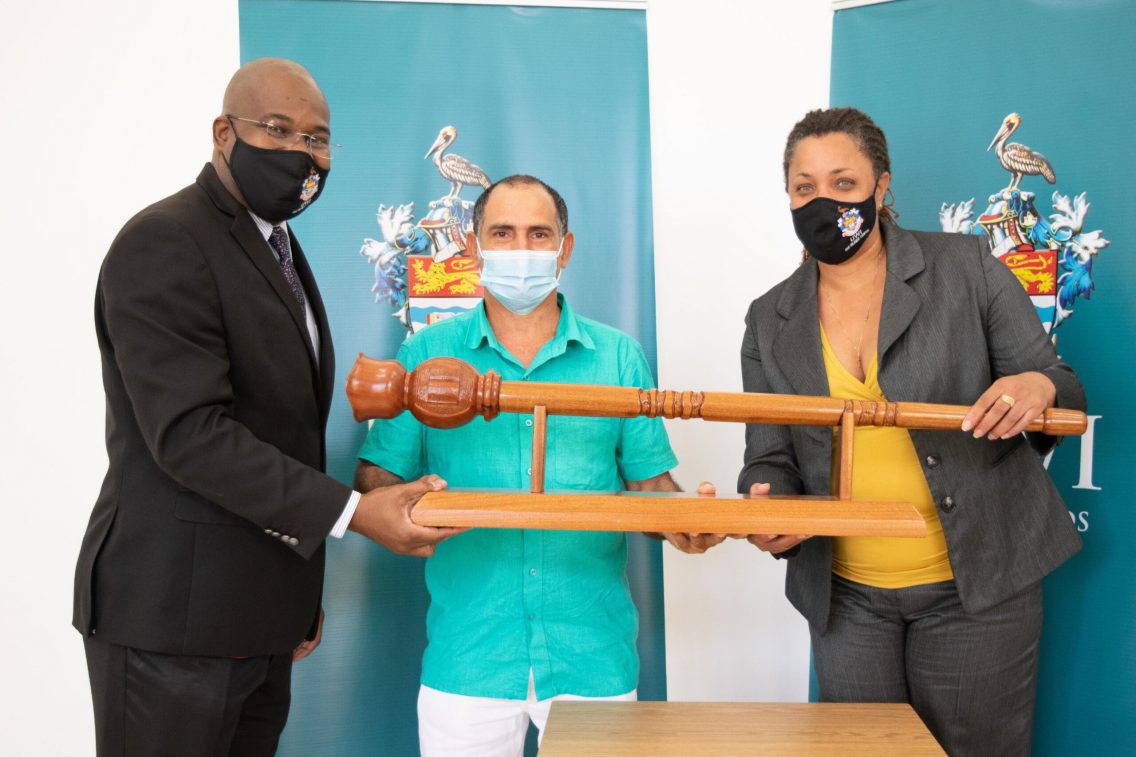 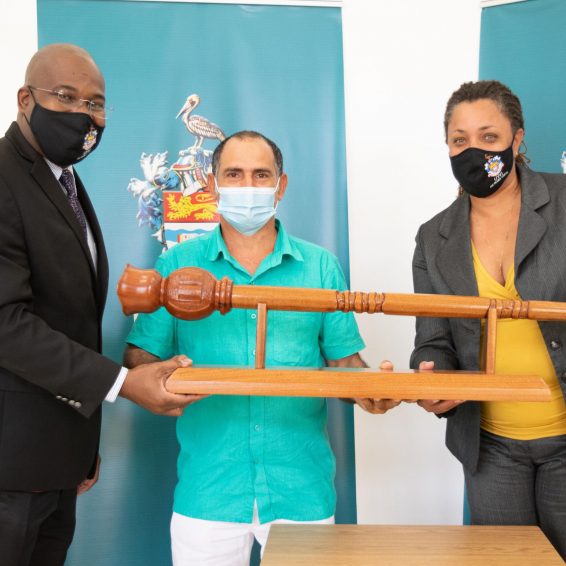 The UWI Five Islands gifted with its very own Ceremonial Mace

During the 2021 Presentation of Graduates, a new ceremonial mace of The UWI was carried by President of the Guild of Students in the Academic Procession.

Whenever this authority is exercised, such as in the conferring of degrees to its students, the mace must be present (albeit virtually this year).

The mace was a gift to The UWI Five Islands by Mr. Carlos Miro. Mr. Miro, who is originally from Cuba, and has resided in Antigua for several years, created the mahogany masterpiece which is a replica of the original mace of The UWI.

Carved on the mace are a brown Caribbean pelican, common to all the shores of the region; a lion that underscores the link of UWI to its first Chancellor, Princess Alice, Countess of Athlone; a book of knowledge, the waves of the Caribbean Sea that links UWI’s member countries, and the motto: Oriens Ex Occidente Lux (A Light Rising From The West).

The UWI Five Islands recognises Mr. Miro for his gift to the campus and wishes to publicly thank him for his generosity.