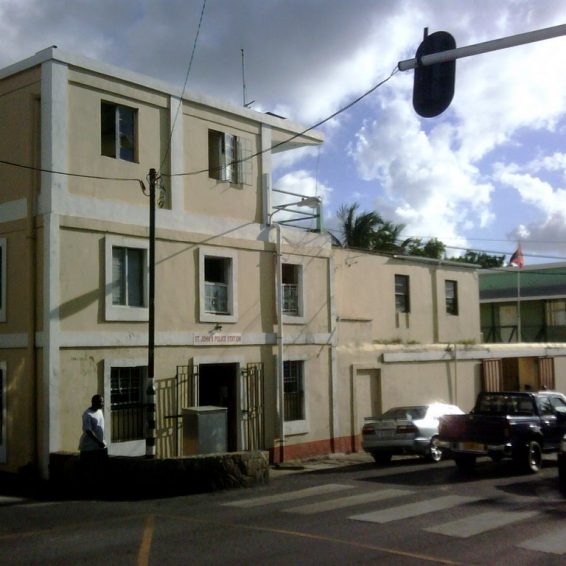 Officers posted to the St. John’s Police Station reportedly are struggling to cope with unsanitary and unsatisfactory living conditions there, and a political candidate is calling for an intervention from the public-health authorities.

A section of the station is utilized as accommodation for some police officers. But while the area housing the holding cells and the Criminal Investigations Department (CID) was recently refurbished, the living quarters upstairs are reportedly in urgent need of repairs.

On the weekend, an officer leaked photos showing the condition of the living area, with its old-fashioned beds and what could be described as “nasty” bathroom facilities.

Among a number of poor-hygiene issues that plague the station, officers reportedly are reduced to using drums for water storage, since pipe-borne water rarely runs at the St. John’s facility.

Further, the metal ironing board on which the officers are expected to press their uniforms is said to have neither cover nor padding.

Decrying the conditions under which these law-enforcement officers are forced to live is Franz deFreitas, the United Progressive Party (UPP) Candidate for St. John’s City South.

Clean Hands – Missing From Our Justice

DeFreitas says the Central Board of Health should urgently look into the living conditions at the St. John’s Police Station. — REAL NEWS