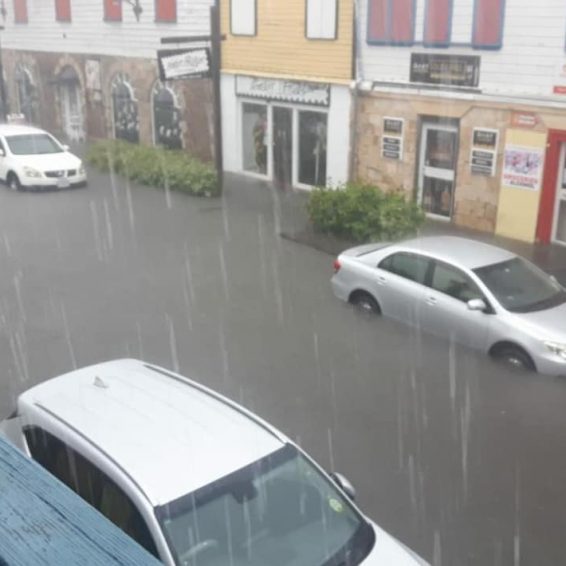 Region warned to be prepared for high flooding and landslides

The Barbados-based Caribbean Climate Outlook Forum (CariCOF) Tuesday warned Caribbean countries to be prepared for high flooding and landslides until January next year.

In its latest Caribbean Climate Outlooks publication released here, CariCOF said that for the three month period, November to January 2022 “La Nina conditions are in place.

La Nina is defined as cooler than normal sea-surface temperatures in the central and eastern tropical Pacific Ocean that impact global weather patterns.

“This means particularly high flooding, flash flood, landslide, rockfall and soil erosion potential across Belize and the Caribbean Islands until December and, from late- November, in the coastal Guianas,” CariCOF said.

It said that with the transition into the dry season in Belize and the islands, frequent, short dry spells are expected from Hispaniola westward, potentially impacting unprotected crop farming, especially in the case of pre-existing drought.

“On a positive note, with the 2021 heat season ending in October, heat stress should quickly subside,” it noted.

CariCOF also reported that as of October 1, “severe or worse,” shorter-term drought has developed in the northwestern and southeastern portions of The Bahamas, northern Belize, westernmost Cuba, easternmost Guadeloupe, northwest Martinique and St Barths.

It said regarding shorter-term drought, “there does not appear to be any significant concern for short term drought in the region at the end of January next year.

“However, all are encouraged to keep monitoring any potential developments in coming months”.

CariCOF said that long term drought is evolving in southeast Belize and in Dominica and might possibly develop or continue in the northern-most Bahamas, southwest Belize, Western Cuba, Martinique, Sint Maarten / St-Martin, St Vincent, and the USVI by the end of November.