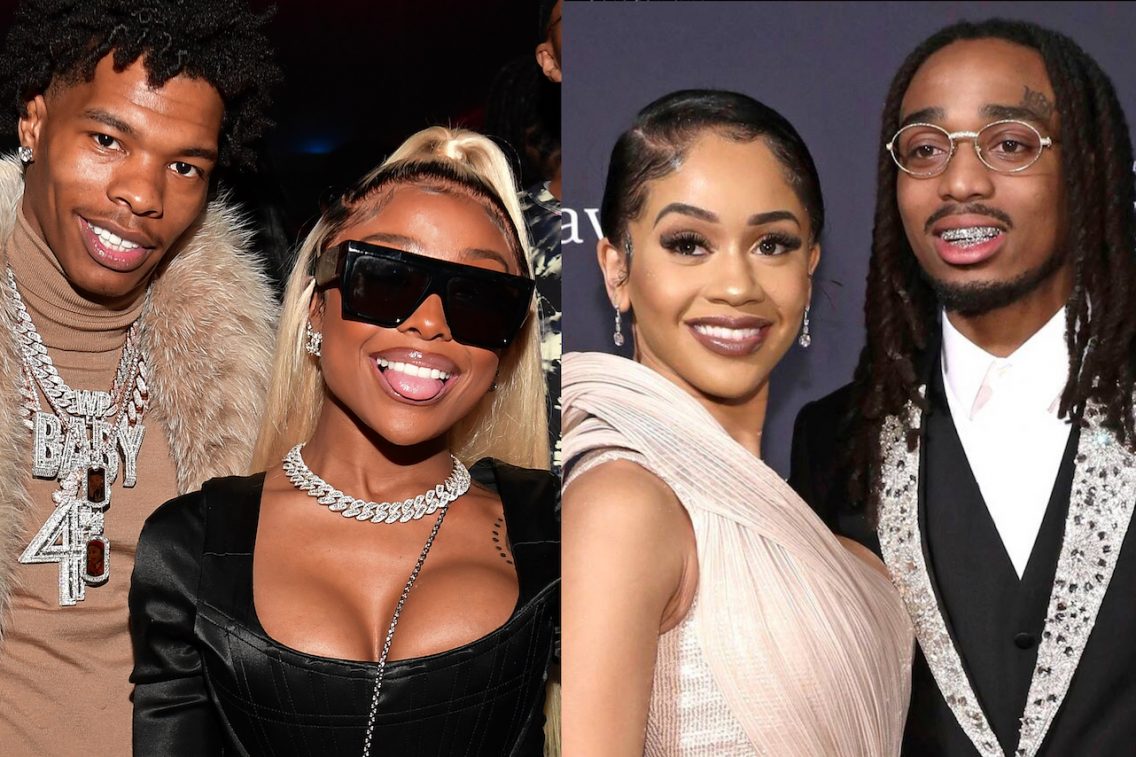 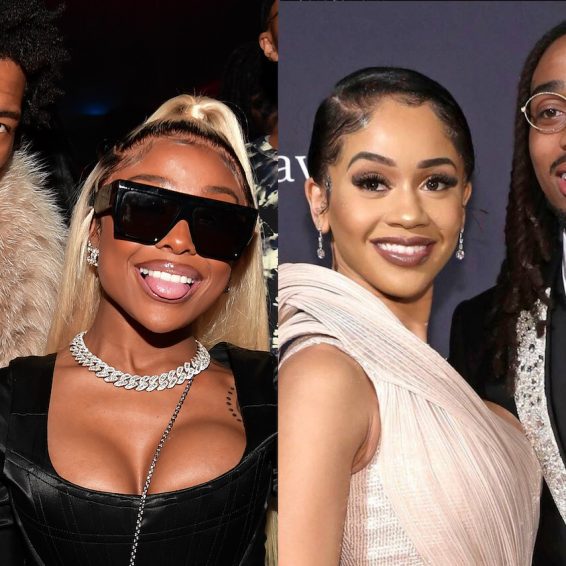 Saweetie and Lil Baby are sparking dating rumors after new photos surface, which cause fans to think it is Lil Baby with Saweetie.

There is speculation online that Saweetie might be dating Lil Baby after social media fans sought to make a connection with his shoes worn in his own photos and the feet of a man Saweetie is seen in a photo with. The man’s face was hidden in the photo, but his shoes and pants resemble the same show and pants that the “Drip too Hard” rapper was wearing.

At least that’s what fans believe. While social media users were busy making the connections following another recent rumor that Lil Baby took Saweetie on a $100K shopping spree, her ex-man Quavo reacted to the developments.

Saweetie’s ex-boyfriend, Quavo of the Migos, seems bothered by her moving on. He attempted to crack a joke about her and Lil Baby dating.

Both Lil Baby and Quavo are signed to Quality Control Music record label based in Atlanta. Some messy fans were quick to involve Quavo given that he and Lil Baby are labelmates, and his labelmate could be dating his former girlfriend.

“Ain’t trippin. We can swap it out! #QCTHELABEL,” said a post on his Instagram Story on Monday morning.

The post did not address either Lil Baby or Saweetie directly, but it’s obvious he could only be referring to Lil Baby giving the Quality Control reference. He also seemingly hints at him wanting to date Baby’s ex-girlfriend Jayda Cheaves who he has a baby boy with.

Quavo and Saweetie started dating in 2018 broke up earlier this year following a public meltdown where Saweetie alleged that he had cheated on her during the relationship.

“I’m single. I’ve endured too much betrayal and hurt behind the scenes for a false narrative to be circulating that degrades my character. Presents don’t band aid scars and the love isn’t real when the intimacy is given to other women,” tweeted Saweetie in March.

Quavo later replied to Saweetie but did not deny all of the allegations.

“I know you want to make this into a show so I’ll play my part just this one time. I don’t normally put my business out there, especially my personal life. I feel the need to address this so there are no false narratives.”

Quavo and Saweetie were later seen fighting in a leaked elevator video. Police, however, said no charges would be filed after both parties addressed the video.