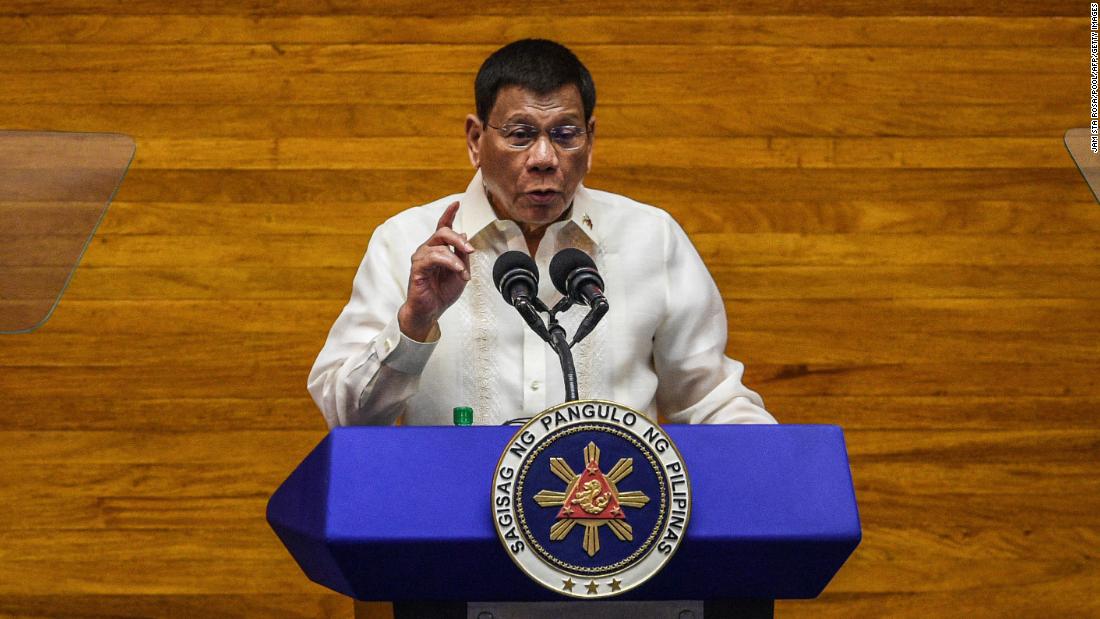 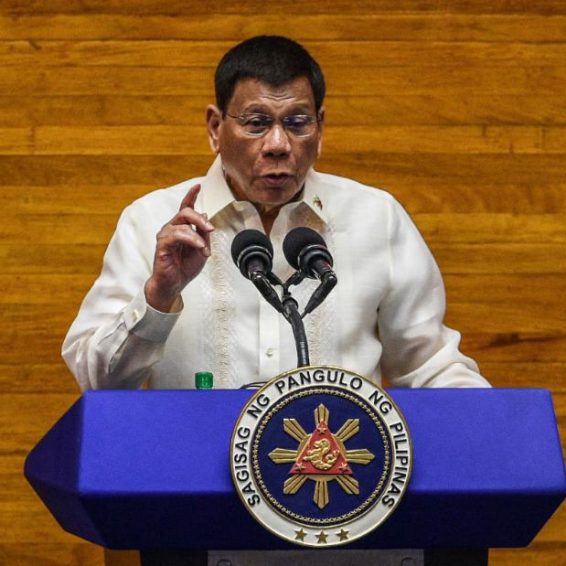 Philippines President Duterte will run for senate in 2022 vote, ruling out race against daughter

2 months ago·1 min read
ShareTweetPinShare
Home
World News
Philippines President Duterte will run for senate in 2022 vote, ruling out race against daughter
The content originally appeared on: CNN
President Duterte filed his candidacy in the last hour before registration ended on Monday at 5 p.m local time.
The move follows much back-and-forth over the decision on which position to run for in the 2022 election. Duterte is not eligible to run for president again.
Earlier Monday, Duterte’s communications secretary said the President would run for vice president. Then, his presidential spokesman said Duterte would not run against his daughter, Sara Duterte-Carpio, who had filed her candidacy for vice president, according to CNN affiliate CNN Philippines.
“They love each other, father and daughter Rodrigo Roa Duterte and Mayor Inday Sara. They will not go against each other, they will not run against each other,” spokesperson Harry Roque told reporters Monday.
Daughter of Philippine President Duterte to run for vice president
Read More
Monday’s deadline for Philippine political parties to finalize candidates for next year’s election had kept voters on the edge, with last-minute changes in unpredictable but significant races.
In the Philippines, the president and vice president are elected in separate contests.
Duterte is not eligible to run for president again, but was eligible to run for other posts, including vice president, senator, congressman, mayor or governor. He was mayor of Davao City before running for president in 2016.
His 43-year-old daughter had been expected to run to succeed him as president due to her popularity and clear lead in all opinion polls this year on preferred candidates. She however signed on to run for the vice president’s post.