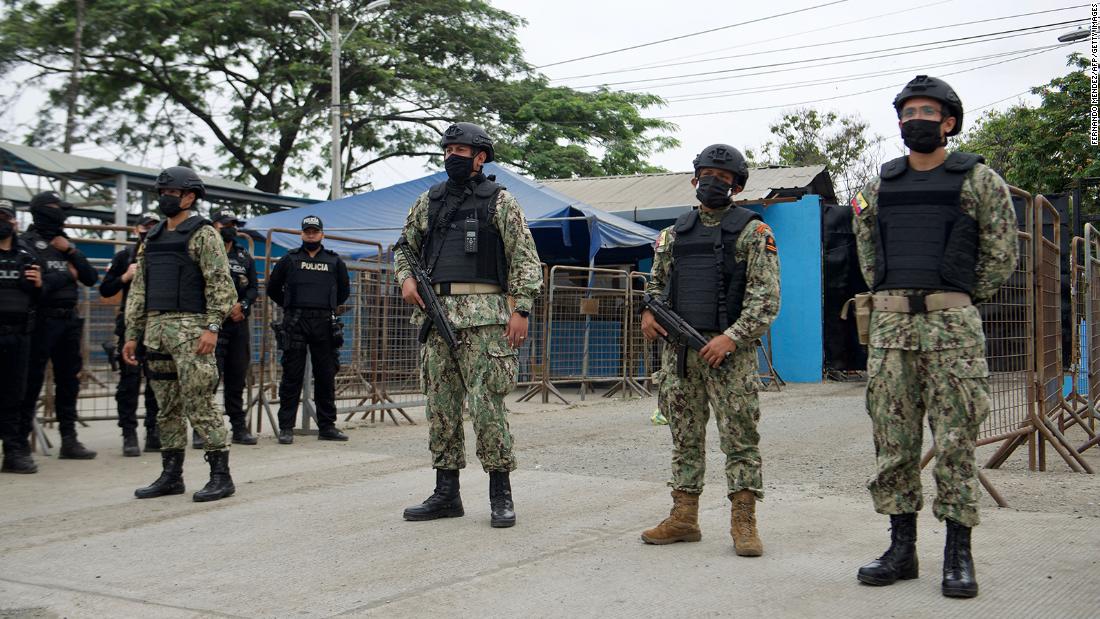 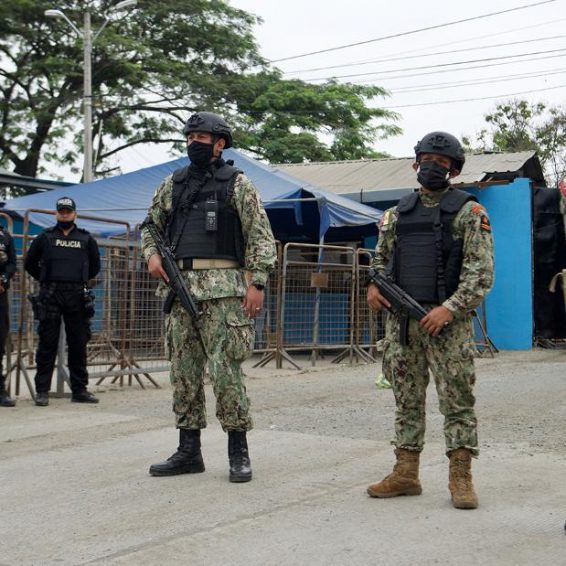 2 months ago·2 min read
ShareTweetPinShare
Home
World News
Over 50 dead and 12 injured after clashes at same Ecuadorian prison where a riot left more than 100 dead in September
The content originally appeared on: CNN
Dozens of inmates were killed and injured in clashes early Saturday in Litoral Penitentiary, the same prison in the Guayas Province where more than 100 were killed just over a month ago, Guayas Governor Pablo Arosemena said in an announcement.
Ecuadorian police began activating security protocols Friday night after reports of gunshots and possible confrontations between inmates at the prison, Arosemena said.
The deadly clashes appear to be an instance of gang violence, according to the governor, who said inmates “not only used weapons and detonations, but they tried to suffocate (other prisoners), burned mattresses, and more.”
The Litoral Penitentiary on the outskirts of the coastal city of Guayaquil was also the site of brutal clashes at the end of September that claimed 118 lives and wounded 79. At least five of those killed were beheaded before security forces were able to restore order.
Read More
After that incident, Ecuador declared a state of emergency across the prison system for the second time this year amid rising violence. That state of emergency has been in effect since September 30. The state also promised to devote $24 million to the prisons system during the state of emergency.
More than 300 inmates have been killed in prison violence this year, according to figures from Ecuador’s prison service, SNAI.

A serious issue of overcrowding

Following the deadly September riot, Ecuador began working in October on pardoning and commuting thousands of sentences in order to free up space in the country’s chronically overcrowded prisons.
The war inside Ecuador’s prisons
In July, Eduardo Moncayo, then-prison chief, told local media that the Litoral Penitentiary was the most overcrowded in the country, with more than 9,000 inmates in a facility planned for 5,000.
Such overcrowding is the primary cause of violence, Douglas Duran, director of the United Nations Latin American Institute for the Prevention of Crime (ILANUD), told CNN.
“According to our databases, in 2019 Ecuador jails were at 140% overcapacity. That is considered a cruel and inhumane treatment for the inmates under UN protocols, and it’s a chronic problem across the region,” Duran said.
Ecuador’s prison inmates are also often stunningly well-armed. In Guayaquil, they deployed automatic weapons and even grenades. At the Ibarra penitentiary, prison guards told CNN they feared being overwhelmed by a growing number of convicts with access to weaponry from machetes to explosives.
During the investigation into the September massacre, authorities seized guns, ammunition, 25 bladed weapons, three explosive devices and various drugs, according to SNAI. A video released by Ecuador Police captured security personnel retrieving some of the items from what appears to be one of the prison cells. The clip showed handguns wrapped in plastic, various knives, cell phones, packages of ammunition, and different packages of drugs.