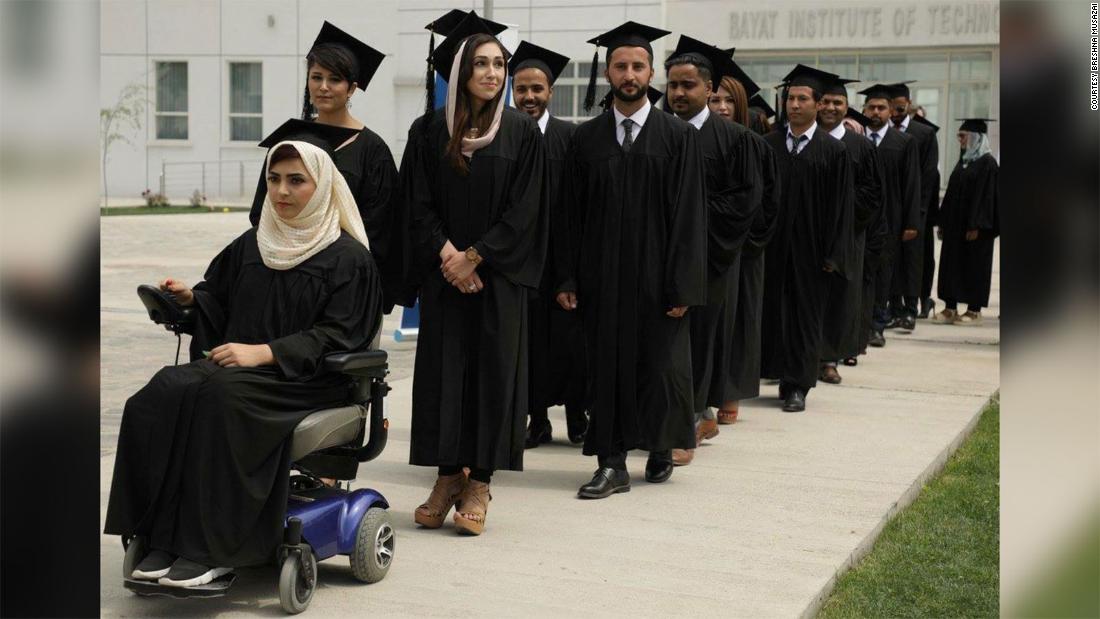 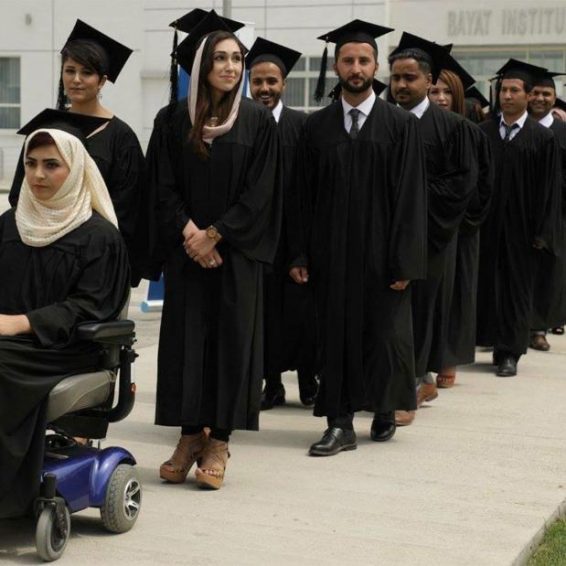 Opinion: She returned to Kabul after the Taliban shot her, then had to flee again

2 months ago·4 min read
ShareTweetPinShare
Home
World News
Opinion: She returned to Kabul after the Taliban shot her, then had to flee again
The content originally appeared on: CNN
Then, on August 24, 2016, Taliban gunmen stalked the campus killing anyone who moved. One of them shot Musazai in the leg. She pretended to be dead and the gunman shot her again to finish her off. A bullet struck her in the foot. For the next six hours, as the terrorists rampaged on the campus Musazai lay motionless in a hallway.
Afghanistan hurtling toward collapse, Sweden and Pakistan say
The Taliban killed a total of 15 students and staff that day. The university was a prominent symbol of the American presence in Afghanistan, which made it an appealing target for the Taliban. For students, particularly women like Musazai, the university represented the modern world of Enlightenment values to which the Taliban have long stood in staunch opposition.
Five years after their assault on the American University of Afghanistan, the Taliban took over the whole country.
Much of the world may have assumed that the evacuation of at-risk Afghans following the Taliban takeover of Afghanistan in mid-August is over. But for many Afghans the story is ongoing. Of the 4,000 students, alumni and staff of the American University of Afghanistan, only around 600 are now estimated to have departed Afghanistan, the university’s President, Ian Bickford, told me.
Read More
(Disclosure: In May, I took part in a planning meeting with university leaders in which they discussed what to do if the Taliban did take over).

Breshna Musazai was one of the lucky ones who survived the Taliban assault on her university in 2016, but she was grievously wounded and spent four months in a hospital in Kabul. She was then flown to Dallas, Texas, where she spent over six months at the First Baptist Medical Center. Doctors performed surgery on her leg, which saved it.
In the summer of 2017, Musazai, now using a wheelchair, returned to Kabul to complete her studies at the American University of Afghanistan. The following year at her graduation ceremony the audience stood up and applauded when 28-year-old Musazai accepted her degree.
Musazai told me that during the years that followed, like many of the students, staff and alumni of her university, she was worried by the military advances that the Taliban were making in Afghanistan, especially after US President Joe Biden announced in April that the total withdrawal of US troops from the country would be completed by the 20th anniversary of the 9/11 terror attacks.
In the months following Biden’s announcement, most US troops pulled out of Afghanistan as did thousands of allied NATO troops and more than 15,000 contractors, which precipitated the collapse of the Afghan military and government.
On August 15, as the militants rolled into Kabul, a family member told Musazai “The Taliban are here.” Musazai was in shock.
Someone from the American University of Afghanistan texted Musazai and told her that she and her brother could get on a flight out of the country. On August 17, Musazai went to Kabul airport where many thousands of desperate Afghans were jammed up against the walls and gates of the airport trying to get out.
The Taliban were firing guns in the air to try to control the crowds. Musazai was frightened; she had found the sound of gunfire especially terrifying ever since the attack at the university.
Musazai’s brother helped her with her bags and wheelchair and they got on a flight that took them to Doha, the capital of Qatar. There they settled in a gated community of houses that the Qatari government had built to house players playing in the soccer World Cup, which will take place next year in Qatar.

Also staying at the housing complex were seven Afghan female business students from the American University of Afghanistan. Unlike Musazai, their names have not been made public, so we are not identifying them.
The students had to make snap decisions to leave their families behind and make the difficult choice to leave Afghanistan quickly.
Their families urged them to continue their studies even if it meant leaving their country forever.
The students told me that they were unable to get through the bedlam at the airport gate by themselves. The university told them to contact Qatari diplomats located in the upscale Serena Hotel in Kabul who would help them navigate their way to the airport.
The students gathered at the hotel, and were escorted to the airport by Qatari government officials, who maintain cordial relations with the Taliban.
On August 19 they arrived in Doha where they joined an exodus of their fellow students. As of this month, around 450 current students have left Afghanistan, while 375 remain there, says Bickford, the American University of Afghanistan’s president.
The students who made it out of Afghanistan are now dispersed around the world where they continue to be taught in online classes. One hundred and nine of the students attend the American University of Iraq in Sulimaniya, while 106 are at the American University of Central Asia in Bishkek, Kyrgyzstan, and others are in countries such as Pakistan and Turkey.
Qatar will house 100 students at Doha’s Education City where American universities such as Georgetown and Northwestern maintain satellite campuses.
Only 50 of the American University of Afghanistan’s students have made it to the United States where they are housed in military bases while they are getting settled.
The seven female business students who made it to Doha are now living on the military base at Fort Dix, New Jersey. From there they will go on to attend Bard, a small, highly regarded liberal arts college in upstate New York.
Musazai remains in Doha. The injuries caused by the Taliban have complicated her ability to travel. Much of her immediate family did get to the United States and they are now living at a military base in the Midwest.
Musazai hopes to continue her studies in the United States in a master’s program on human rights law. It’s a career path that would not likely be available to her in Taliban-controlled Afghanistan.