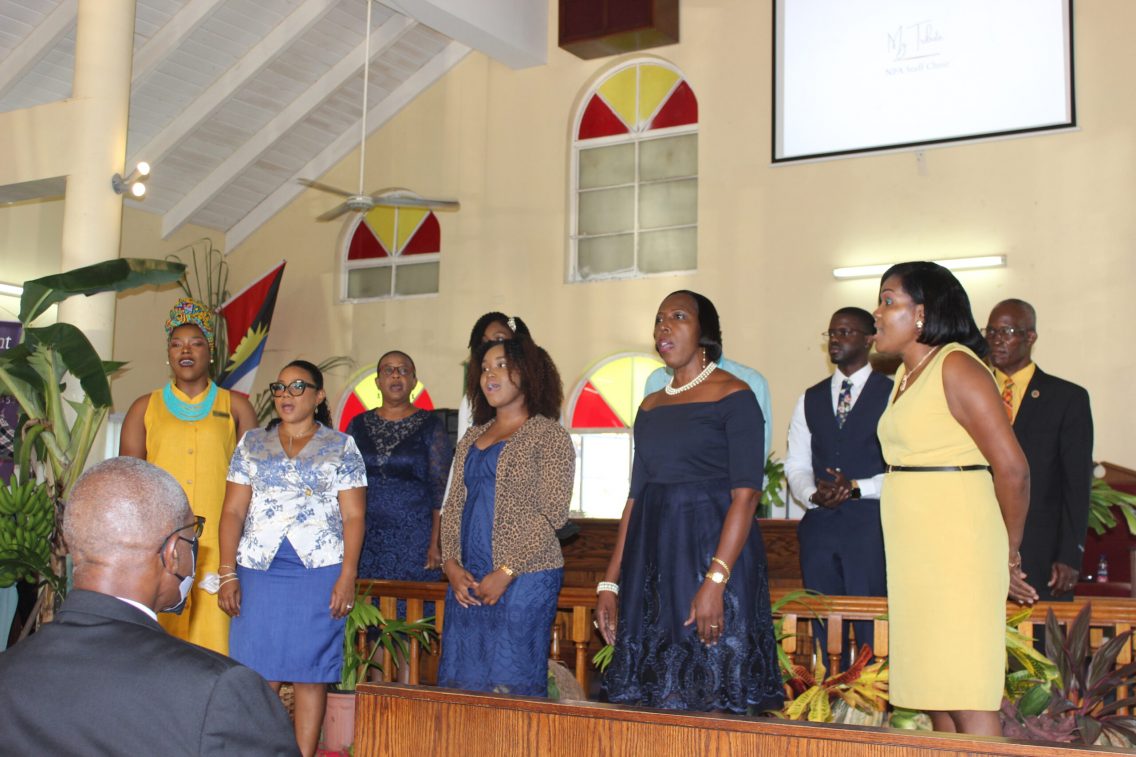 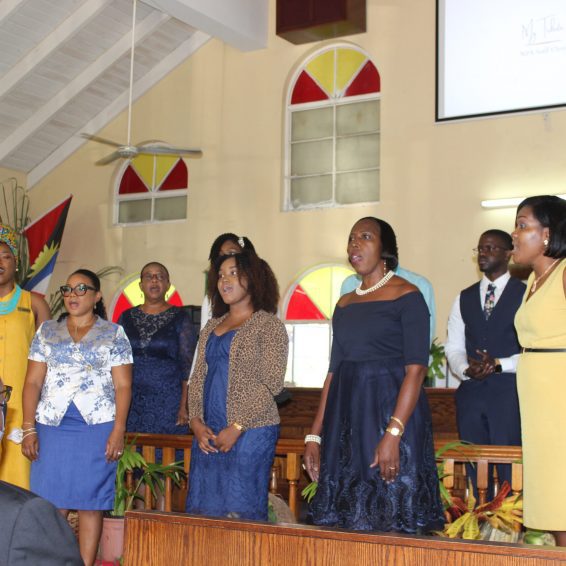 Celebrations to mark the 60th Anniversary of the Nelson’s Dockyard got underway yesterday with a Service of Thanksgiving at the Baxter Memorial Methodist Church in English Harbour.

The celebrated historic facility, the only dockyard from the Georgian period that is operating in the world today, is the single most recognizable centre for yachting in the Caribbean.

In attendance at the service was His Excellency Governor General Sir Rodney Williams, whose roots are buried deep in the community and like his father, Sir Ernest Williams, was at one time the elected Member of Parliament of St. Paul’s, the area in which the Dockyard falls.

In delivering the feature address, Sir Rodney chronicled the historic development of the facility and heaped praise on the many contributors to its current success and widespread acclaim.

“The Nelson’s Dockyard is a project which has successfully married heritage preservation with economic empowerment for the community and the nation as a whole. I am delighted to have been a part of this process where history will record that the vision for the Nelson’s Dockyard has been and is continuing to be realized,” Sir Rodney declared.

The current MP, the country’s Minster of Foreign Affairs, the Hon. EP Chet Greene, expressed his delight at the growth and expansion of local businesses in and around the Dockyard. He reaffirmed the government’s commitment to ensuring that the efforts of all involved in achieving World Heritage status will not be in vain.

“We will not stop until this community, is declared a city or town in Antigua and Barbuda,” acknowledging the access to the variety of services that English Harbour can now offer to residents and visitors alike.

It’s among the countless reasons that thousands of visitors journey to the Nelson’s Dockyard every year to enjoy the amazing and relaxing scenery, fantastic tours though an intriguing maze of beautifully restored historic landmarks and to witness its exciting yachting events.

In no small measure this has helped to ensure that Antigua and Barbuda remains a quality destination and at the very top of the list of travelers all over the world.

The Dockyard was a significant consideration by UNESCO according the Antigua Naval Dockyard and its related archaeological sites World Heritage designation just over five years ago.

“Sixty years is a diamond anniversary. So the National Park, the Dockyard is a diamond in our tourism product. That’s how we need to see it,” noted the Minister of Tourism the Hon. Charles Fernandez, who also addressed the service.

Solid waste employees refusing to work because of short pay

The upkeep and maintenance of the Park and its myriad of facilities is managed by the National Parks Authority.

Ruleta Camacho Thomas, the Acting Parks Commissioner, used the occasion to reach out not only to all stakeholders of the Park but the English Harbour community to be a part of the future direction of the iconic facilities.

“The future success of the Dockyard will depend on the involvement and inclusion of community. We celebrate you and commit to continued and meaningful engagement and inclusion as we chart a course for the future,” Camacho Thomas stated.

Also playing a major role in the proceedings were Arlene Edwards who provided a spirited welcome to the proceedings. Also the National Parks Staff Choir shared a beautiful blend of voices through song led by organist Linroy Adams, a longstanding employee of the Park, and Nathania Jonas who played the National Anthem on pan. There was also a stirring performance from the Joyful Voices Dance Ministry.

The service was conducted by Rev. Derek Browne of the Baxter Memorial Methodist Church. The theme of the 60th anniversary activities is “Carved into History, Anchored by Community.”