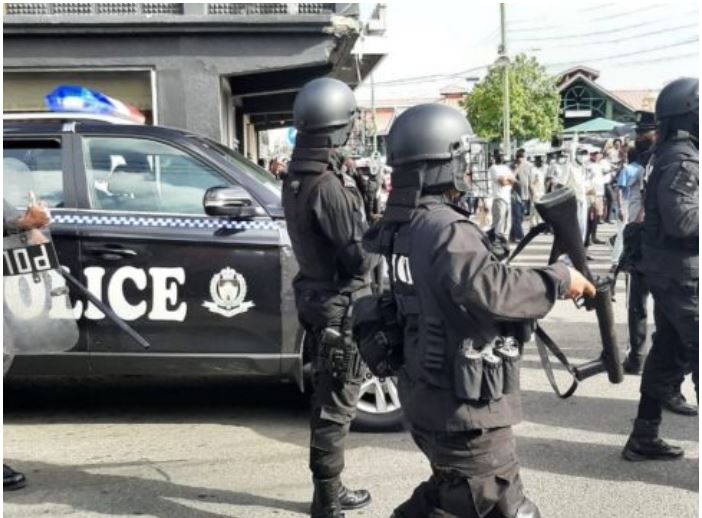 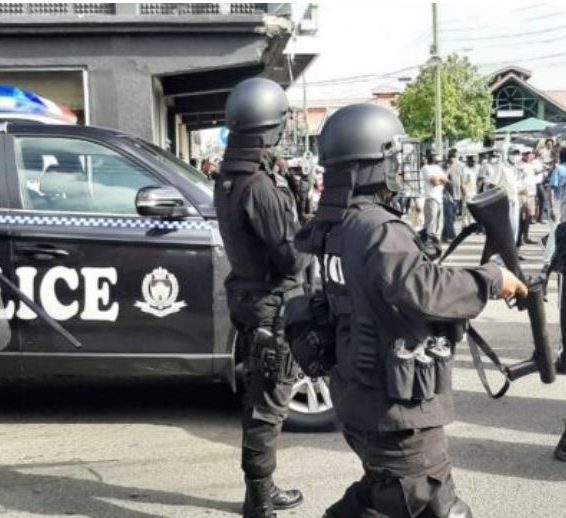 The 8/8/21 must not and will never ever be forgotten in the minds of all Antiguans and Barbudans especially those who attended.

That day innocent babies, toddlers, the elderly and citizens alike stood up for their rights and to the dictator in office to show him our dissatisfaction with state of the country, and the people did so very peacefully. No violence or threatening language was used at any point. An American family who came to vacation told a group of us who was at the picket, they heard about the picket at the hotel they stayed at and decided to join, a Russian couple who also was here on vacation and attended the picket because they supported what the people was doing. Even known ABLP Supporters was in the protest, most notably Sagi Fu who famously said in that voice note “Labor Party Finished”. I hope he really felt that, and it was not just pandering to the people of this country.

Then comes SSU in black uniform with shields and helmets using signs asking the people to disburse, and because the people said no, we are going to stand up to this hitler dictator, teargas, rubber bullets were thrown on the people of this country. People were running, eyes were burning uncontrollably, rubber bullets hitting a few people injuring them, people living in the surrounding villages who weren’t even at the protest running from their homes, just a chaotic scene caused by the police themselves.

The people of this country retaliated out of anger by burning unwanted items in the middle of the street, personally didn’t agree with this because it affected persons who didn’t have anything to do with the actions of the police , hence those persons were unjustly inconvenienced.

Then comes the liard Commissioner of Police who said people were throwing missiles at the police and the liard Deputy Commissioner Wade who also reiterated the same liard talking point. Then Chief of Lies Hurst went on national radio amd TV and said a person had stones in a bag and hurled them towards the police, hence the police retaliated. What a lie!

Then comes Hitler mustache, Liard and Curser PM who conveniently stayed in St Lucia after his invite to the swearing in of the New PM there, posted pictures on his social media of his and his family on the beach there, to play on the minds of the people of this country that he had absolutely nothing to do with what was going down. I hope the people remember just before the PM left for the swearing in ceremony, himself, Rodney, and Telbert Benjamin were pictured at the airport allegedly having a national security briefing. He knew what was about to go down. What a shame and disgrace of a PM we have in office today.

Finally comes liard sweet mouth Cutie Benjamin who claimed not to know anything of a pick and only knew when fake dreads, flip flop, gun totting Senator O’Neil read the flier to Mr Benjamin and told him live on air about the picket and what the picket was about. Please Mr AG, you full well knew what was going to take place when. The AG even went as far as saying (paraphrasing) he will contact the authorities and use the full force of the law if any action was to take place on air down at that rum shop radio station.
Didn’t the AG of this country tell the people there will be a full investigation into 8/8/21 protest and to this day has one heard anything about this investigation. Worst AG I’m the history if this country.

I was hoping to hear that the organizers of this protest will be filing lawsuits at the Government and the Commissioner of Police for what happened but sadly haven’t heard anything. I would support monetarily because it was absolutely nonsense and vexing what happened that day and the people should never allow or tolerate what happened on that day to ever happen again.

Antigua people is like we have a love affair with the ABLP. They should be held accountable for their actions like any other party in Antigua. It’s like Corruption reigns Supreme. This has to change or else we are going to be in big trouble in this country.

Sandals to make major announcement about expansion in Antigua

In conclusion let the 8/8/21 never be forgotten, and how this administration turned on the people of this country, and I suggest it be called affectionately “Freedom Fighters” day.

Have a great week Antiguans and Barbudans.