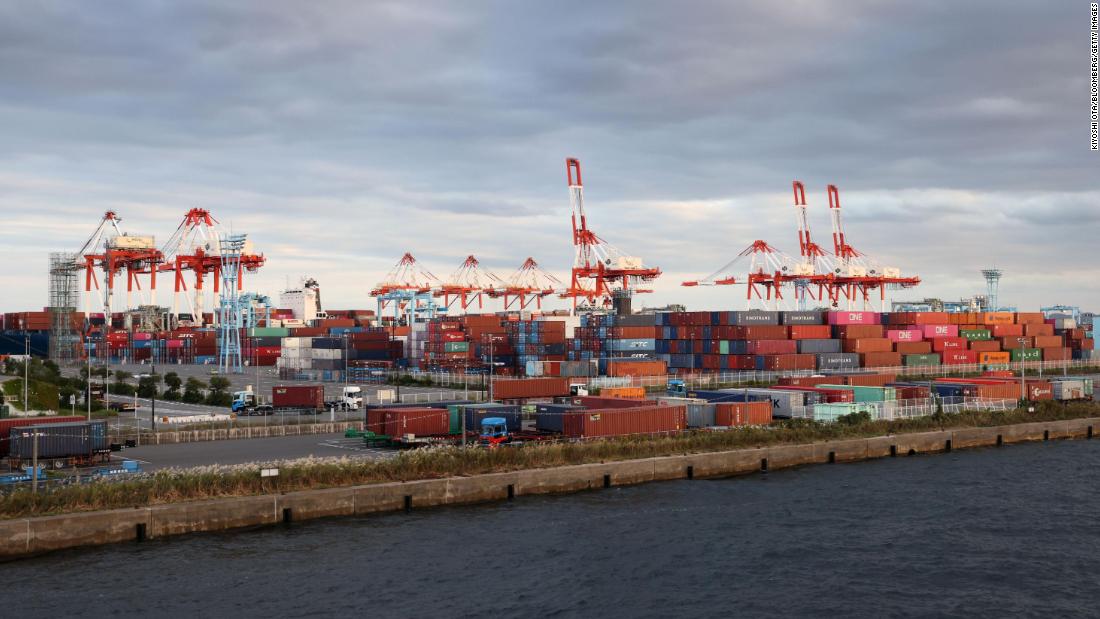 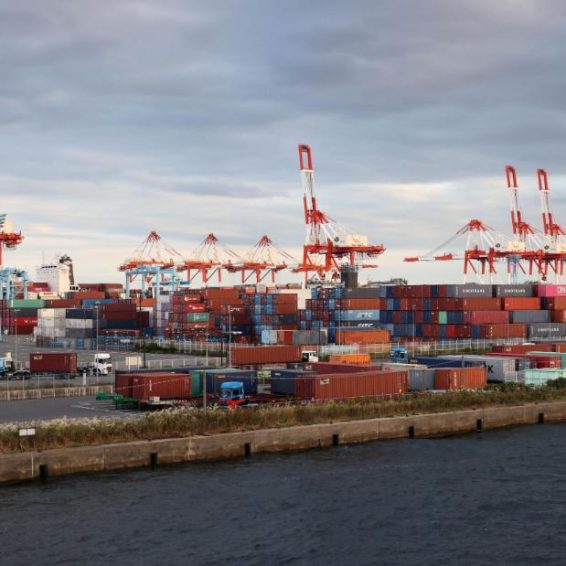 2 months ago·2 min read
ShareTweetPinShare
Home
World News
Japan’s economy shrinks more than expected as supply shortages hit
The content originally appeared on: CNN
While many analysts expect the world’s third-largest economy to rebound this quarter as virus curbs ease, worsening global production bottlenecks pose increasing risks to export-reliant Japan.
“The contraction was far bigger than expected due to supply-chain constraints, which hit car output and capital spending hard,” said Takeshi Minami, chief economist at Norinchukin Research Institute.
“We expect the economy to stage a rebound this quarter but the pace of recovery will be slow as consumption did not get off to a good start even after Covid-19 curbs were eased late in September.”
The economy shrank an annualised 3% in July-September after a revised 1.5% gain in the second quarter, preliminary gross domestic product (GDP) data showed on Monday, much worse than a median market forecast of a 0.8% contraction.
Read More
The weak GDP contrasts with more promising readings from other advanced countries such as the United States, where the economy expanded 2% in the third quarter on strong pent-up demand.
In China, factory output and retail sales unexpectedly rose in October, data on Monday showed, despite supply shortages and new Covid-19 curbs.
On a quarter-on-quarter basis, Japan’s GDP fell 0.8% compared with market forecasts for a 0.2% decline.
Some analysts said Japan’s heavy dependence on the auto industry meant its economy was more vulnerable to trade disruptions than other countries.
Shinichiro Kobayashi, principal economist at Mitsubishi UFJ Research and Consulting, said automakers make up a large part of Japan’s manufacturing sector with a wide range of subcontractors directly affected.

Prime Minister Fumio Kishida announced plans to compile a large-scale economic stimulus package worth “several tens of trillion yen” on Friday, but some economists were skeptical about its impact on growth near-term.
The package will feature a plan to urgently strengthen the chip industry while the government will also formulate a strategy for storage batteries, key to the green and digital growth areas, trade minister Koichi Hagiuda said.
However, some analysts were sceptical about the impact of the stimulus.
“The package will likely be a mixed bag of near-term and long-term growth measures, and the focus may be blurred, so it won’t have much impact near-term,” Norinchukin’s Minami said.
Consumption fell 1.1% in July-September from the previous quarter after a 0.9% gain in April-June.
Capital expenditure also decreased 3.8% after rising a revised 2.2% in the previous quarter.
Domestic demand shaved off 0.9% point to GDP growth.
Exports lost 2.1% in July-September from the previous quarter as trade was hurt by chip shortages and supply-chain constraints.
Analysts polled by Reuters expect Japan’s economy to expand an annualised 5.1% in the current quarter, as consumer activity and auto output pick up.
However, Japanese firms still face risks from higher commodity costs and supply bottlenecks, which threaten to undermine the economic outlook over the short- to mid-term.
Real GDP, which factors in the effects of inflation, won’t return to pre-pandemic levels until the second half of 2023, said Takahide Kiuchi, a former Bank of Japan board member who now serves as chief economist at Nomura Research Institute.
“China’s slowdown, supply constraints, rising energy prices and a slowdown in inflation-hit Western countries will reduce the pace of growth towards mid-2022,” Kiuchi said.
“As exports remain severe, Japan’s economy will likely undergo moderate growth of around 1%-2% annualised in the second quarter onwards, even taking effects of stimulus into account.”