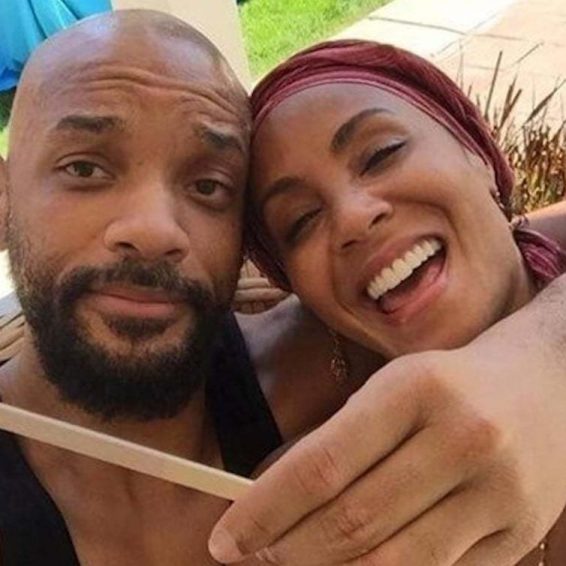 Jada Pinkett Reacts To Tupac Trolling, Says She & Will Smith Had No Bedroom Problems

Jada Pinkett-Smith says she and Will Smith are good in the bedroom in reaction to 2Pac trending on Twitter following her latest Red Table Talk episode.

By now, we’ve all heard about the close friendship that Tupac Shakur and Jada Pinkett shared before he met his unfortunate death in 1996. That saga began when the two met as teens back in the 1980s at the Baltimore School for the Arts.

Now it seems the opposite has happened since Tupac is trending since Pinkett revealed some very intimate details about her marriage to Will Smith. Ever since that information has been revealed whenever there is a celebration surrounding Tupac, like his birthday, Pinkett somehow dominates the trends. This is even though she insists they just shared a close friendship. Many believe it was a lot more.

Jada Pinkett-Smith’s comments were eye-opening for sure, and many people have since chimed in with their opinion about them. It’s important to note that the couple has been married for 23 years, and so many fans expected that their sex life might not be as voracious as it was at the start.

However, depending on how you choose to interpret Pinkett’s comments, it would appear that the spark has all but died. The comments surfaced following a recent episode of Red Table Talk with Pinkett and her special guest Gwyneth Paltrow.

“The thing Will and I talk about a lot is the journey. We started in this at a very young age, you know, 22 years old. That’s why the accountability part really hit for me because I think you expect your partner to know [what you need], especially when it comes to sex,” she offered.

She added that somehow couples were expected to figure out each other’s needs without true and proper communication.

Later on, she reemphasized that her advice was finding a way to truly communicate. “You tell me what you need. Tell me what you want, and on top of it, I know that I have to be accountable to do the same. It’s uncomfortable, but it’s deeply healthy, and I think around sex, because it’s something that we don’t talk about, and there’s so much fantasy around it,” she added.

It took little time for her to become the hot topic in the Twitter Verse. She immediately sought to clear up any misconceptions that she and Will are having trouble in the bedroom department. Last night, October 27, she tweeted: “Will and I have NEVER had an issue in the bedroom. Thank you.”

“Only because I got time today. Stop making up headlines. Watch the @RedTableTalk I did with @GwynethPaltrow for yourselves. Will and I have NEVER had an issue in the bedroom. Thank you.”

Missy Elliot Receives Star On Hollywood Walk of Fame, Says “I am HUMBLED!”

She also shared a link to the episode on Facebook, which was titled Gwyneth Paltrow Talks Sex.

It’s easy to see why fans would immediately react to the news as another piece of damaging evidence against the marriage. Just last month, Will Smith said that the pair don’t have a conventional relationship while being interviewed by GQ magazine.

“Jada never believed in conventional marriage … Jada had family members that had an unconventional relationship. So she grew up in a way that was very different than how I grew up,” he said at the time. He added: “And for the large part of our relationship, monogamy was what we chose, not thinking of monogamy as the only relational perfection.”

Added to that, Pinkett has admitted to having an “entanglement” with R&B singer August Alsina in July 2020 on The Red Table. Twitter fans didn’t seem to care what her side of the story was as they quickly put Tupac in the mix while dragging her in the comments and empathizing with Will.

Check out some of the hilarious responses below: