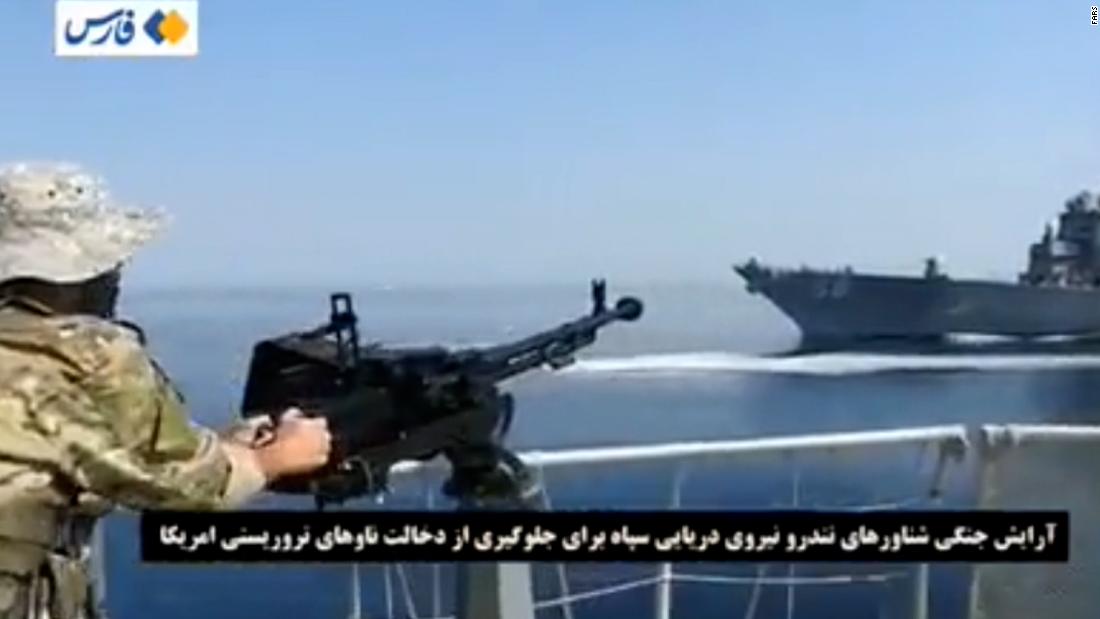 Iran releases footage of alleged incident with US navy

Iran has released video from an alleged clash with the US navy last month in the Gulf of Oman. Iran claims the US forces were attempting to board a tanker to confiscate Iranian crude oil. Pentagon spokesman John Kirby rejected the claims in a press conference.