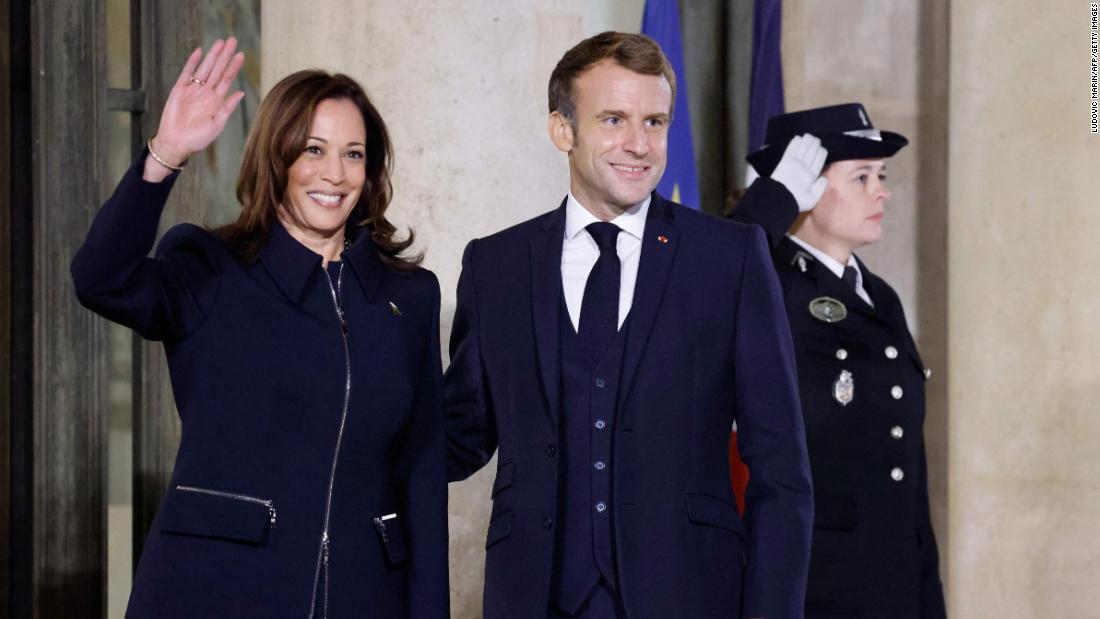 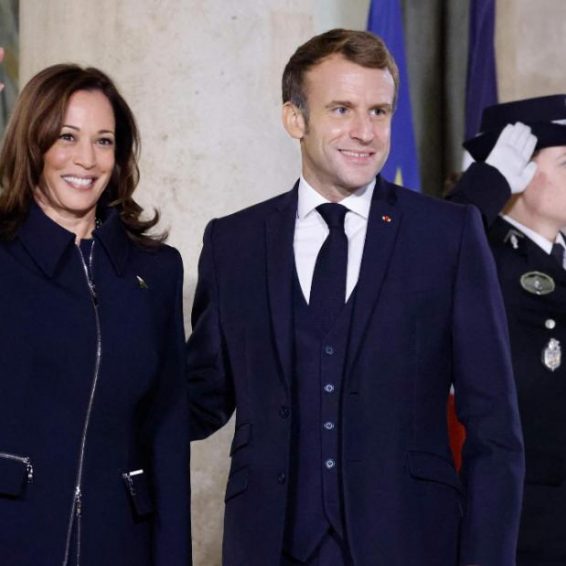 Harris’ trip to Paris signals a relationship back on track

2 weeks ago·4 min read
ShareTweetPinShare
Home
World News
Harris’ trip to Paris signals a relationship back on track
The content originally appeared on: CNN
As they clasped arms, the chummy chemistry that had begun to emerge between the pair was on display for all to see — an outward sign of the latest US attempt to mend its relationship with France following a submarine affair that provoked a diplomatic rift between the two old allies.
“It’s important for us to be here,” Harris told Macron as they embraced. “We have a long and shared history — and future.”
The moment was just one of several images that defined Harris’ tightly choreographed five-day trip to the French capital and told the story that Harris — and President Joe Biden, who dispatched her there — intended to tell: that of a French-American relationship back on track.
The trip also served as an opportunity for Harris to emerge onto the European diplomatic stage for the first time as vice president, successfully playing an important foreign policy role for the Biden administration after stumbling during her first foreign trip to Mexico and Guatemala in June.
Read More
“I will tell you that it was a very productive and a good trip,” Harris said to reporters on Saturday, “and we have a lot of follow-up stuff. … Our work will continue, and we do it with a sense of optimism but a sense of strong conviction that the partnership between the United States and France remains and will continue to be very strong.”
Unlike in June — which saw Harris’ stumbles in an interview overshadow an otherwise successful trip — Harris managed to avoid controversy and steer clear of diplomatic and political minefields. She left France on Saturday and is set to arrive in Washington later in the day.
Asked by CNN about Macron’s push for a European strategic autonomy and a European army — a nuanced and sensitive issue in the relationship — Harris dodged, simply saying that US-French “support and alignment” would continue. And even as the breach of trust with France over the US-Australia submarine deal propelled Harris to the French capital, Harris and her aides said the issue did not come up with Macron.
“I will tell you that was not the purpose of this trip, and we didn’t discuss it,” Harris said Friday, when speaking to reporters in Paris. The vice president has been asked if she believed she had done the job to repair the relationship, after the scuttled deal.
“What we did discuss is the issues that are challenging us and the issues that are the basis for this relationship and the strength and the endurance of this relationship,” she added.
Harris’ trip produced just two tangible agreements, expanded US-French space cooperation and a US decision to sign onto the Paris Call for Trust and Security in Cyberspace, a French initiative setting rules of the road in cyberspace. But while French officials are still eager to see the US take concrete actions to bolster European defenses, the lack of tangible results on that front during this trip did not cause any distress in Paris.
After largely burying the hatchet with Biden ahead of the G20 in Rome last month, Macron seemed largely content to revel in the gesture of the vice president’s presence in Paris and the gesture of a lengthy trip as the next step in the process.
“I want to thank you for your presence. You’re more than welcome not just in this palace with myself and my ministers, but I can tell you that French people are extremely proud to have you here today,” Macron said as he opened a meeting with Harris at the Elysee, adding in French that he was “extremely grateful” for her visit.
Harris’ visit to the Elysee gave her and Macron an opportunity to spend time one-on-one, without aides present, before sitting down for a bilateral meeting that went over time, prompting French protocol officials to enter the room three times in an effort to wrap up the meeting.
Harris and Macron laughed about those attempts the next morning as they met for the Armistice Day Ceremony.
Beyond their time together, Harris’ solo visits were also powerful diplomatic messaging moments.
Harris’ multi-hour attendance and remarks at the Paris Peace Forum helped lend credibility to a Macron initiative. Her visit to the French biomedical research Pasteur Institute highlighted longstanding French-American cooperation on scientific research — as well as Harris’ own personal connection to that cooperation in the form of her mother’s research at the institute in the 80s. And a final visit to one of the sites of the 2015 terrorist attacks in Paris on the sixth anniversary underscored shared values and a commitment to fighting terrorism.
But it was Harris’ visit to the Suresnes American Cemetery, where Americans who fought and died in France during World Wars I and II are buried, that served as perhaps the most powerful reminder of the shared sacrifice between the two countries and a deeply rooted bond.
“If there is any question about the why or the what, in terms of our relationship as the United States with France, that is one visual and one concrete example of the endurance and the mutual commitment and interdependence between the United States and France,” Harris said on Friday, reflecting on her visit to the cemetery.