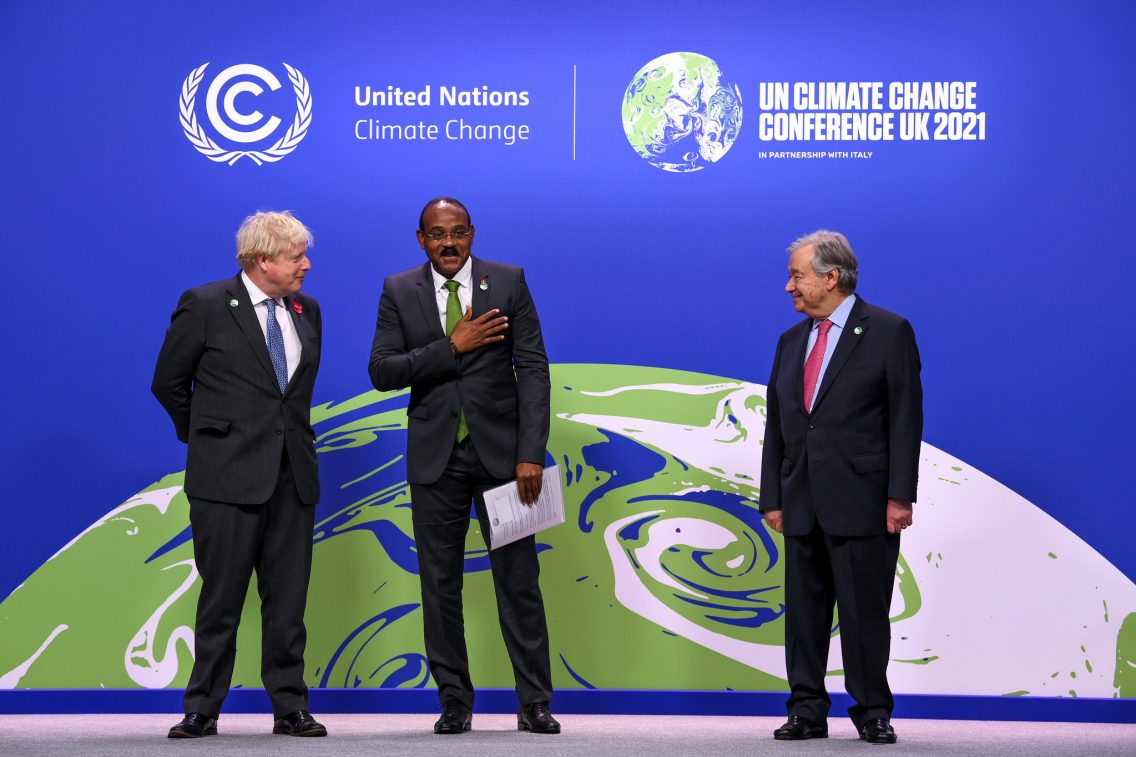 Prime Minister of Antigua and Barbuda and Caricom chairman Gaston Browne is among small island states dissatisfied the fund they had called for had not been created as the COP26 wrapped up this weekend.

Now he is urging other Caribbean leaders to let go of the fear of repercussions and pursue a legal path to climate change funding. Browne made the call during the final show of COP26 – Now or Never on CNC3 TV Trinidad, on Friday night.

Backers of a new “loss and damage” funding facility insisted it should be set up soon, ideally by the time of next year’s annual talks in Egypt.

Browne’s government has formed a commission on climate change based on international law seeking to introduce a legal pathway to complement the voluntary efforts of large polluting countries to become legally responsible for their emissions. Tuvalu, an independent island in the South Pacific, was one of the early signees but the Antigua prime minister called for support closer to home.

Browne said regional leaders must take a stand and not act out of fear that the international community will victimize them. He wants to see a total Caribbean approach as opposed to individual islands moving forward while others are left behind.

“I have to tell you that I’m a little disappointed that none of my colleagues within the Caricom region would have volunteered so far to join but I remain hopeful that they will because if we do not have this type of harmonized approach in defending our interests and to utilize all the tools available to us, including the legal tools, in order to agitate for change, then obviously we will be overlooked and the large polluters will ignore interest,” he said on the show.

Browne said it is not only an issue of morality but of law in which they should be made legally to pay as the Caribbean can’t “rely exclusively on these voluntary efforts.”

An agreement reached on Saturday night as the COP26 climate talks closed pushed concerns about growing “loss and damage” from climate change up the agenda, as it becomes harder for many people to live safely on a hotter planet, analysts said.

But the Glasgow Climate Pact, after resistance from the United States, the European Union and some other rich nations, failed to secure the establishment of a dedicated new damages fund vulnerable nations had pushed for earlier in the summit.