Rolling In The Oil In Guyana

A Consortium Forms In The Eastern Caribbean 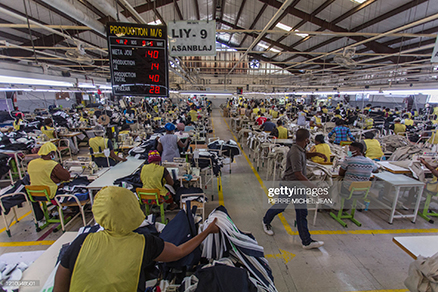 News Americas, NEW YORK, NY, Fri. Sept. 24, 2021: Here are all the top Caribbean business news headlines you should know in one place.

One out of every two exporting firms in the Caribbean and Latin America believe that international demand will grow in the next three months, compared to 16 percent in 2020, according to a survey by the Inter-American Development Bank (IDB).

Companies predict foreign demand to increase by 57 percent over the coming year, up from 36 percent in 2020 – another sign of optimism in the exporting sector a year and a half after the COVID-19 outbreak.

The Survey of Latin American Exporting Firms: Decoding the New DNA of Exporters  also reveals that 35 percent of companies increased their exports in the first quarter of 2021, compared to 11 percent in 2020. Meanwhile, seven out of ten firms acknowledged that adopting environmentally friendly measures can facilitate their insertion into global value chains.

Other noteworthy findings include:

Investment. Four out of every five firms will increase or maintain their export-oriented investment levels in the next three years.More trade agreements. Approximately seven out of every ten companies said that the region needs to sign more trade agreements, especially Caribbean and Latin American countries and with the United States.Greater state presence. Only four percent of firms reported receiving no public-sector assistance to mitigate the pandemic’s impact on export performanceOffensive stance to the pandemic. Almost every company (96 percent) took measures to mitigate the adverse effects of the pandemic on their sales abroad, most of which entailed proactive initiatives such as seeking out new markets.Widespread use of e-commerce for export in the context of the pandemic. In 2021, 38 percent of the companies are using this sales channel. According to the same survey from the previous year, this is up from approximately 25 percent before the pandemic.

A study released by Cayman Finance has criticised the use of what it calls incorrect data and biased criteria in the compilation of the Tax Justice Network’s Financial Secrecy Index, concluding that it leads to “distorted final rankings” and “misleading conclusions”.

The tax advocacy group’s flagship ranking consistently places Cayman at or near the top of the world’s “most secretive” jurisdictions.

According to the Cayman Finance study, which the organisation says critically assesses the methodology used for the index, significant flaws in the choice of data and scoring rendered the latest 2020 report “a useless source for accurate information” about Cayman’s financial services industry.

Esso Exploration and Production Guyana Limited (EEPGL) is forging ahead with drilling two wells in the Stabroek Block, as part of its ambitious multi-well drilling campaign.

Credit ratings agency Moody’s said it is “very unlikely” that the Bahamian government will be able to reverse the rise in debt over the past two years, noting that the recent election outcome is unlikely to materially shift the government’s fiscal consolidation efforts.

The ratings agency said this week that despite the transition to a new government, it expects broad policy continuity, particularly in the government’s commitment to fiscal consolidation and adherence to its fiscal rule and medium-term debt targets.

Top Career Choices In The Caribbean

Turks and Caicos Islands experienced a record-breaking summer for tourist arrivals in 2021 during the height of the COVID-19 pandemic, with significantly more visitors coming to the country in June, July and August this year than for the same period in 2019.

The Tourist Board said tourism in Turks and Caicos Islands continues to flourish, thanks to “diligent safety protocols and strategic marketing campaigns” in the United States of America, Canada, South America, United Kingdom and Europe.

Business process outsourcing (BPO) company Iterum Connections has become the latest such entity to officially open in Jamaica, the second in two weeks.

Iterum Connections, which is headquartered in Panama, is said to be the fastest-growing business process outsourcer in the Americas, boasting that it is the first BPO operator to open a new contact centre facility in Jamaica since living in a pandemic reality. Last week London-based BPO company Ventrica, regarded as the fast-growth multilingual customer service specialist, announced its expansion into Jamaica with the launch of its new operation in Montego Bay.

Based in Jamaica’s capital, Kingston, Iterum Connections’ modern, environmentally friendly customer management centre contains 900 workstations and the company is actively recruiting talent from the greater Kingston area. The site will be multi-dimensional in regard to its geographic reach.

Barbadian private equity firm FirstRock Private Equity Limited has entered into a definitive agreement with Bahamian manufacturer and retailer My Ocean Limited to purchase a minority interest in the company.

FirstRock Private Equity is a member of First Rock Group but is not an affiliate or a subsidiary of FirstRock Capital Holdings, which is incorporated in St. Lucia but listed on the Jamaica Stock Exchange. FirstRock Private Equity has agreed to purchase a 26 per cent stake in the Bahamian small and micro enterprise firm for an undisclosed sum, with the agreement recently signed in Nassau, Bahamas.