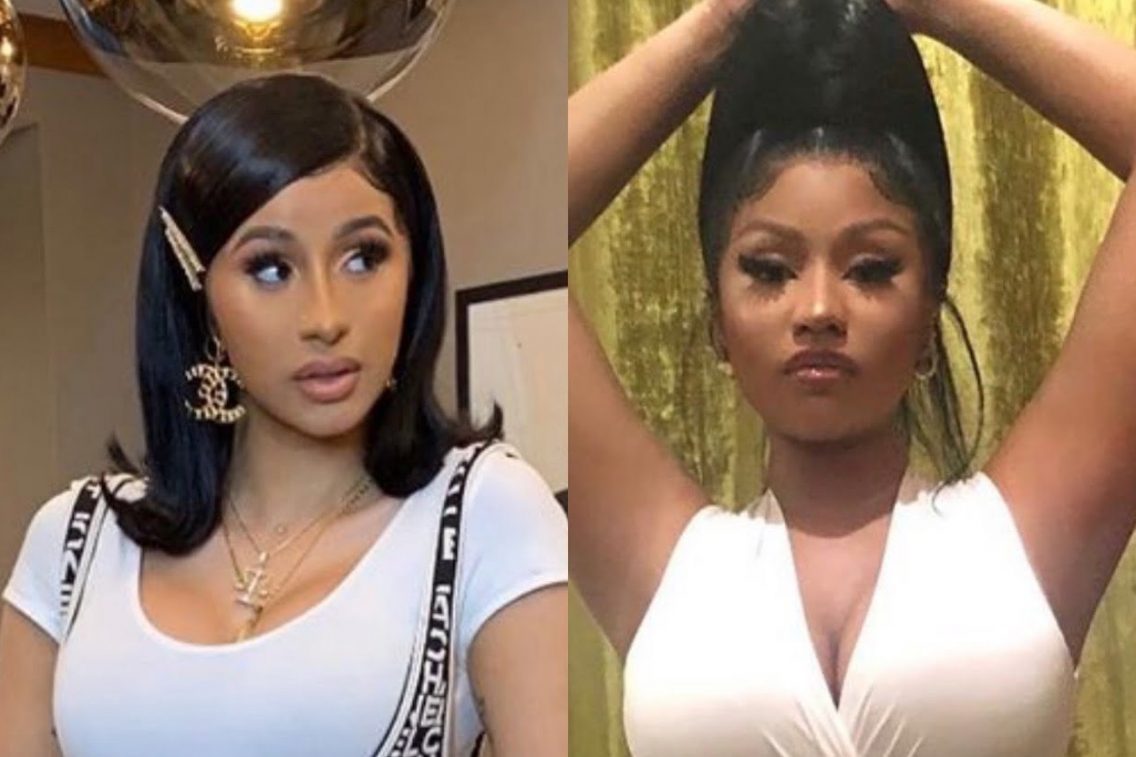 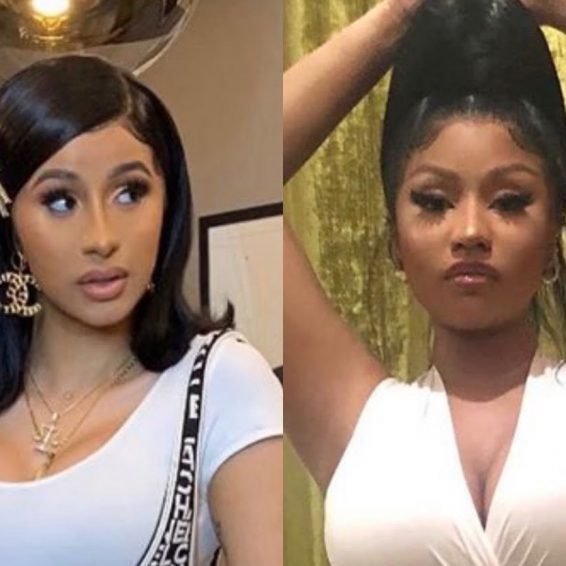 “Bodak Yellow” rapper Cardi B says she’s constantly being scrutinized by “mentally deranged” Twitter users who do not like her in certain hairstyles and think she’s copying Nicki Minaj.

Cardi B was reacting to Nicki Minaj stans, who accused her of copying Minaj’s style and sag. “Where you think [Cardi B] got her swag from. Atleast u see these chicks be copying da queen. Be having y’all think it’s the other way around chile,” one Barbz posted in response to a video of Minaj in a purple ombre wig while performing her and BIA‘s song.

The Barbz were also quick to reply to a Cardi B post on Twitter which asked, “What’s the craziest #rumors made about Cardi?” to which a Barb said, “You don’t want to admit that you copying Nicki Minaj.”

Cardi B, however, has had enough as she responded to the Barbz with a prickly retort.

“So according to the mentally deranged side of twitter I can’t do a hairstyle that I have done plenty of times before, I can’t do face expressions that I constantly do oooo & I acnt eat ice even tho I literally had sonic ice trending last year due to my addiction..umm OK,” she said in a post and delete.

Fans have been pitting the two artists against each other in an ongoing feud that once almost became physical.

Minaj and Cardi B do not have any kind of relationship with each other. In 2018, Minaj confirmed that there was bad blood between them which started with their collaboration on Migos track “MotorSport.”

Minaj at that time said that Cardi B has never shown her “genuine love.” Over the years, fans have likened their appearances and even compared their verses while many accused Cardi B of using Minaj’s flow and style to establish her own career.

Minaj is regarded as the blueprint for modern day female rappers as she has shattered more glass ceilings than her predecessors. Despite all of the drama, the women continue to feud and make subliminal shots at each other, with Cardi B recently insinuating that Offset can spend time with his kids because he isn’t a sexual offender, a subliminal diss to Minaj’s husband, Kenneth Petty, who is a registered sex offender.