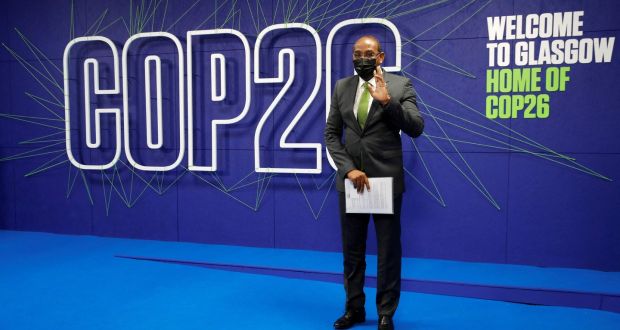 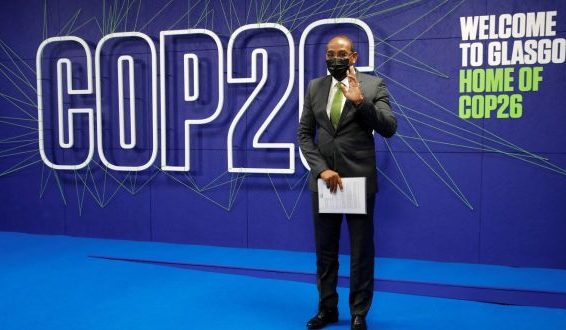 Antigua and Barbuda have entered into a partnership with international law firm,
DLA Piper.

Through this partnership, the firm will provide legal support to the nation
on a pro bono basis.

The focus of this cooperation is on assisting Antigua and Barbuda in overcoming some of
the challenges posed by climate change, including its impact on local wildlife, environment and communities.

Julien Hansen, Partner at DLA Piper, and Honorary Consul of Antigua and Barbuda to
the Russian Federation commented: “We are very pleased to share our experience and resources with Antigua and Barbuda in helping it face the challenges of climate
change and protect its environment for future generations.”

During Cop26 earlier this month, demands from countries that are most vulnerable to the impacts of climate change for “loss and damage” compensation from wealthy countries – to pay for the effects of environmental damage – grew stronger. The final deal, however, that came out of the international climate conference in Glasgow had no such provision. Some now argue that the unwillingness of richer nations to provide finance for the disasters wrought by extreme weather could leave historic polluters, such as the UK and the US, open to international legal action.

The 2015 Paris Agreement recognised the destruction taking place in poorer nations because of climate change, but studiously avoided any obligation for richer countries to pay for it. Indeed, a footnote to the Agreement insists the mention of loss and damage “does not involve or provide a basis for any liability or compensation”. The inclusion of such wording was in no small measure due to the US, which has strongly opposed accepting liability or providing compensation for past climate damages. “That’s a line we can’t cross,” said Todd Stern, Barack Obama’s special envoy for climate change when the 2015 Paris Agreement was signed.

The UN climate process has led to some money being transferred from richer to poorer countries to help them cut emissions and adapt to the impacts of climate change. But so far practically no money has been offered for loss and damage. “There’s a massive gap,” says Teresa Anderson, a climate policy campaigner at ActionAid. “And that’s why there’s so much pressure building now.”

As the largest historic greenhouse gas polluter, the US is concerned that such pressure could open a legal door. At Cop26, a proposal backed by 134 developing nations and China to create a separate funding facility for loss and damage did not make it into the Glasgow Climate Pact.

The only concession was the agreement on technical standards and to start a “dialogue” around potential future funding. “How is this climate justice?,” asked Milagros De Camps, deputy environment minister of the Dominican Republic, a member of the Alliance of Small Island States, at the closing plenary of Cop26. “We don’t need a ‘dialogue’ to tell us finance is needed to help address loss and damage.”

Speaking at a press conference after the final gavel went down in Glasgow, US climate envoy John Kerry said the US remains “always thoughtful about the issue of liability” and needs dialogue to “work through how this is to be managed going forward”.

But this lack of progress is making vulnerable countries increasingly likely to consider resorting to the courts to demand compensation, says Catherine Higham, an expert in climate law at the UK Grantham Research Institute.

“I think it’s somewhat counterproductive [for developed countries] not to be engaging with this issue through the negotiations,” says Higham. “The current outcome is likely to lead to a lot of frustration. What then typically happens is that people turn to the courts and to litigation.”

During Cop26, Antigua and Barbuda along with Tuvalu and later Palau – all island states that face being swallowed up by a rise in sea level – announced that they had formed a commission of small island states on climate change and international law. The Commission is designed to address the issue of loss and damage, and additional funding for adaptation and mitigation for which developed countries have agreed to pay $100bn a year, even if the full amount of money is slow to arrive.

“We are pursuing this issue legally on the basis that he who damages must provide restitution,” said Gaston Browne, the prime minister of Antigua and Barbuda. “In other words, the polluter must pay.”

While the detailed workings of the commission are not finalised, it is clear it plans to request an advisory opinion from the International Tribunal for the Law of the Sea on the legal responsibility of states for the protection of the marine environment.

Meanwhile, Vanuatu, a South Pacific Ocean nation, will request an advisory opinion from the International Court of Justice on the rights of current and future residents to be protected from climate change.

Both these avenues are for advisory opinions, says Lavanya Rajamani, a professor of international environmental law at the University of Oxford, who is part of the legal team for Vanuatu. But the outcomes “will shape the dynamics of [climate] negotiations,” she says, changing the idea that financial support from historic polluters is about philanthropy to a narrative “which actually talks about rights and responsibilities of states”.

Rajamani doesn’t believe countries such as the US are at imminent risk of being directly sued over loss and damage. Such action would be extremely challenging legally, and that no state wants to enter into a confrontation with the US, she says. “Having said that, it is not impossible. Many of the cases we are seeing in national courts and regional courts have pushed the boundaries of what we thought was possible. So international courts could push those boundaries too.”

Pascal Girot, a senior adviser on climate to the Costa Rican government, believes smaller countries threatening bigger nations with the law could do more harm than good. “If you go the other route […], then it’s a free for all,” he says. “It’s all the hungry lawyers that’ll make a lot of money on international lawsuits, and probably everybody will lose out in the long run.”

Nonetheless, the issue will be a hot potato at next year’s Cop in Egypt. Scotland became the first developed country to offer up loss and damage finance voluntarily, pledging GBP1m during Cop26. “We have a moral obligation to step up and do the right thing,” said the Scottish First Minister Nicola Sturgeon. She also indicated Scotland would work to bring other countries to the table and “do what we can” to build support for “recognising the debt, the obligation, the reparation that countries like ours owe to those that are suffering the worst impacts of climate change already”. Following Scotland’s pledge, the Wallonia region of Belgium announced it would provide EUR1m for loss and damage, but no countries with a seat at the negotiating table at the UN climate conference have yet followed suit.

Despite the relatively small amount, Higham says having a Global North government, even a devolved one, recognising climate justice is an important development: “I hope it will generate momentum for others to follow suit.”

The US is right to be thoughtful about loss and damage, says Rajamani. “The more thoughtful they are about the issue [itself], rather than about being sued, the less likely it is that they’re going to be sued.”