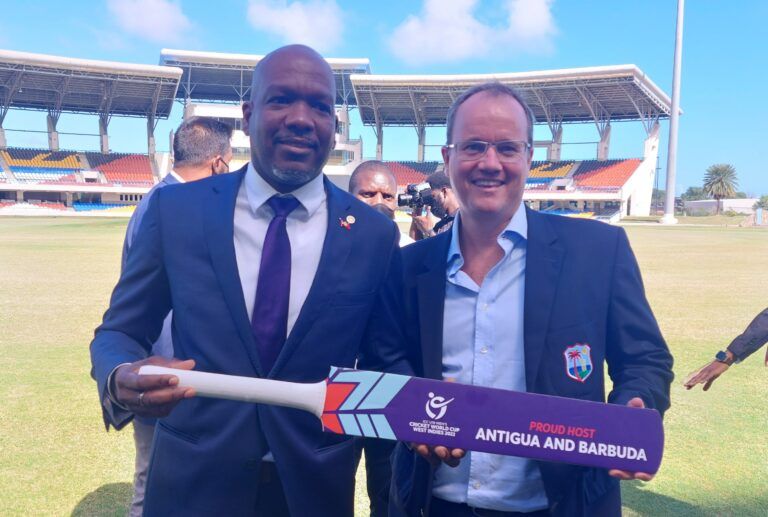 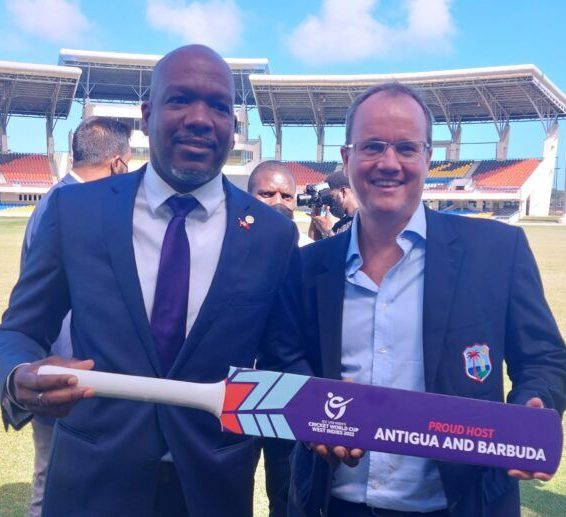 But he said that could change depending on COVID-19 developments in the country, given the emergence of Omicron, a new variant of the virus.

The Under-19 Men’s Cricket World Cup will be held for the Caribbean for the first time, from January 14 to February 5, 2022, and Antigua and Barbuda will host the quarterfinals, semi-finals and the title-decider. Matches will be at the Sir Vivian Richards Stadium (SVRS) and Coolidge Cricket Ground, starting January 26.

“As it is now, the intention is to allow fans who are vaccinated access to the venues for the matches,” Matthew said at the ceremony for the official Host Venue Announcement, held at SVRS where the final of the upcoming tournament will take place.

“However, we are facing uncertain times with the emergence of a new variant, so that decision will be taken as we get closer to the time where matches will be hosted here in Antigua and Barbuda and we will continue to work with the Ministry of Health to advise us and guide us accordingly.”

Outlining Antigua and Barbuda’s outstanding record of delivering world-class cricket, even amid the COVID-19 pandemic, Matthew promised the country will stand tall in hosting the tournament.

He upheld the twin-island nation as an excellent example in safely hosting international sport.

“And so, this tournament with the Under-19s…will once again be a demonstration of our ability to successfully host and to do it so very well,” Matthew told invited guests, including the country’s four cricketing knights – Sir Vivian Richards, Sir Andy Roberts, Sir Richie Richardson and Sir Curtly Ambrose.

Johnny Grave, CEO of Cricket West Indies (CWI), echoed Minister Matthew’s sentiments, noting that while putting on any event in the pandemic is a massive challenge, CWI has withstood the test.

“This is an extremely exciting event for us and culminates an unbelievable year of cricket, particularly in Antigua and Barbuda where we’ve hosted…more cricket in the last ten months, despite the challenges of the COVID-19 pandemic, than ever before. We welcomed more international teams in both our men’s and women’s sports as well as the inaugural women’s A Team series that we hosted here against Pakistan in the summer,” he said, citing the West Indies as a prime cricketing destination.

In addition, Grave praised the unsung heroes of the game who continue to work tirelessly behind the scenes to make sure cricket keeps going strong during these difficult times.

“I want to thank probably a group of people that don’t get thanked enough – and that’s the ground staff here at the Stadium and at Coolidge Cricket Ground – for the amount work that the ground staff put in, not just to produce good quality wickets for the matches but for the important preparation of our teams, both the visiting teams and also the West Indies teams. [It] has been second to none. They have worked morning, noon and night; weekends, bank holidays, in order to allow us to play cricket in this country,” he said.

Matthew also hailed the contributions of persons who work behind the scenes in cricket, applauding them for their diligent service.

“I would like to thank those persons who often go unheralded – the ground staff, the cleaning staff, those persons who ensure that when the team steps out onto the field they can do so with the confidence [of] knowing that the field is in immaculate condition and we have excellent pitches,” said the Sports Minister, assuring CWI and the ICC of the Government’s continued support.

Apart from Antigua and Barbuda, Trinidad and Tobago, Guyana and St. Kitts and Nevis will host the matches in the 14th edition of the tournament in which Bangladesh are defending champions.