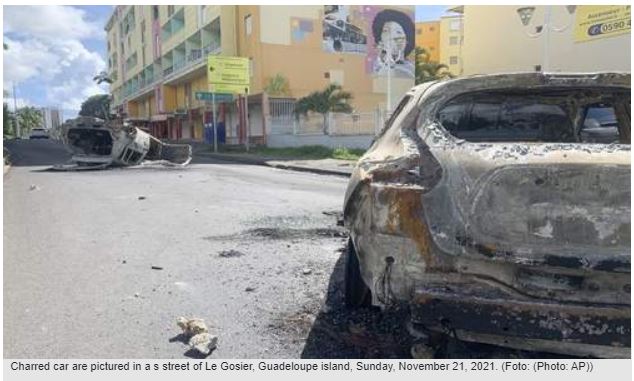 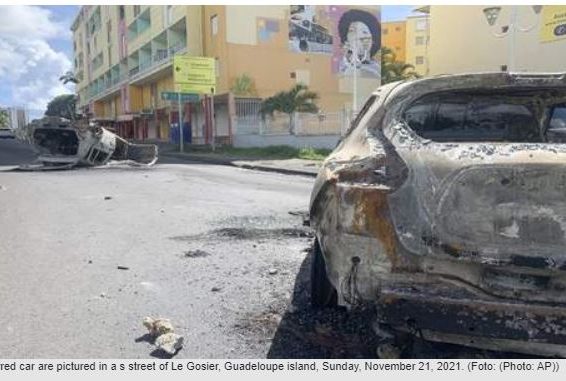 Ten police officers were injured and several journalists were shot at as protests sparked by COVID-19 vaccine measures spread across Martinique.

This follows more than a week of unrest on the nearby French island of Guadeloupe.

Concerning the journalists – four were shot at by men on a motorbike as they worked Fort-de-France. None were injured.

The leaders of the protest movement in Guadeloupe have asked for obligatory vaccinations to be dropped on the island – but this has been ruled out by the French government.

French government spokesman Gabriel Attal said the unrest is “totally unacceptable” and promised that the rioters will be “dealt with”.

The protests on Guadeloupe were started by hardline opponents of compulsory vaccination for health workers and firefighters on the island – a measure already implemented in mainland France.

The protests, which saw barricades set up on roads, have since morphed into a larger movement to express frustration at alleged neglect of the islands by the authorities in Paris.

The unrest is taking place as vaccination rates in the territories trail those on the mainland.

Can A Big Spoon Of CBD Tincture Keep You Warm In Low Temperature?

Strict nightly curfews were recently announced in both Martinique and Guadeloupe.

To address the situation, hundreds of police reinforcements have also been sent to the islands.